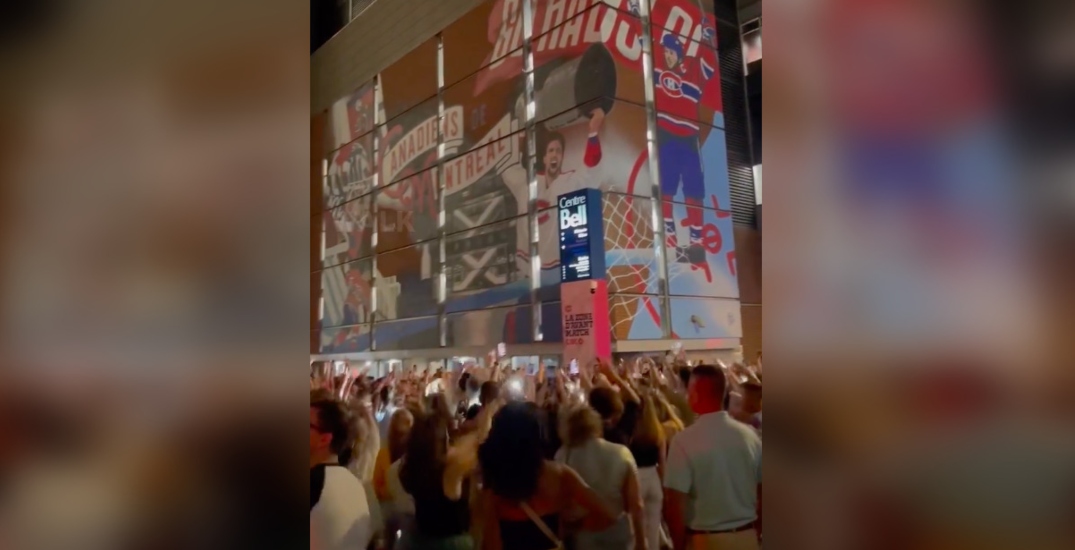 There’s plenty to sing about in Montreal as the city preps for its first full-scale Osheaga weekend in nearly three years.

Lipa is currently in Montreal as part of the Canadian leg of her tour and she’ll rock out Montreal again this weekend as the Sunday show headliner.

Osheaga shared goosebump-worthy footage of a large crowd outside of the Bell Centre after Lipa’s show, an example of Montrealers doing Montreal things. “See you Sunday @dualipa,” reads the Instagram Stories’ caption.

Before her sold-out show, the British singer shared photos of herself in a cool 60s-style halter neck and denim cutoffs, hanging around Montreal with who she called her “sidekick” — her 16-year-old brother Gjin.

Besides checking out Montreal’s Habitat 67, Lipa and her brother essentially became honourary Montrealers by eating a St-Viateur bagel in a park.

Tickets to Osheaga are still available and the three-day party kicks off on Friday.