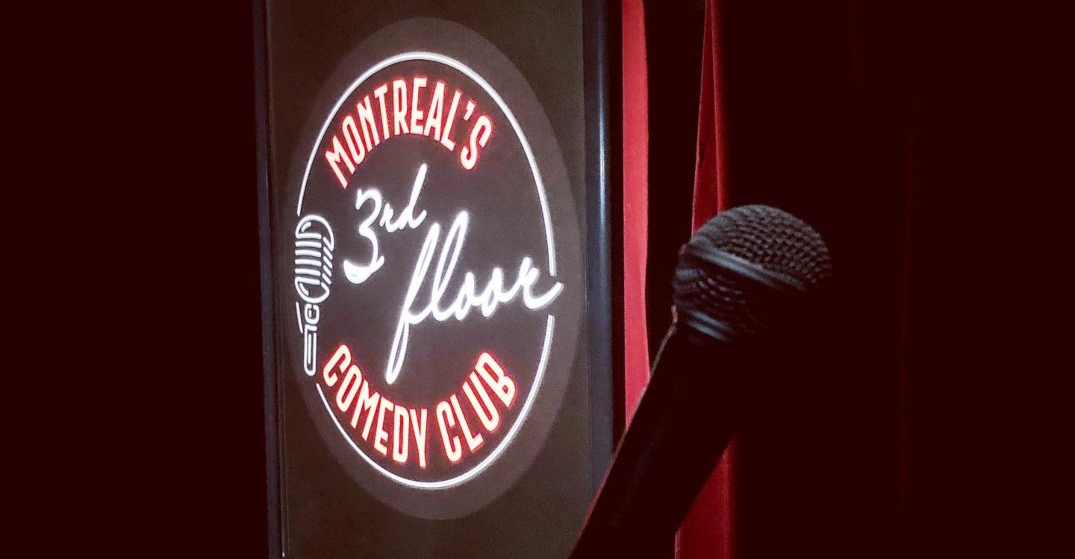 Downtown Montreal has been lacking a good stand-up joint since the popular Comedy Works closed down in 2018. But now, the appropriately named 3rd Floor Comedy Club has opened up on the third floor of 2015 Crescent Street (right above Stogies Cigar Lounge).

So yes, you can now start easily fusing stogies and stand-up.

While speaking with Daily Hive, the 3rd Floor Comedy Club Manager Josh Shapiro says the venue offers audiences a show that they “aren’t getting anywhere else in the city.”

The 3rd Floor Comedy Club’s focus is on showcasing Montreal talent and demonstrating “how much great comedy there really is here.” The 50-capacity room has shows every Wednesday, Friday, Saturday, and Sunday and will have all-nighters starting in May.

The all-night variety show starts at 8 pm on Saturdays and will feature a lineup of local comedians performing all night, offering audiences the chance to swing by for later weekend shows.

The new venue will also host open mic nights on Sundays, giving comic hopefuls the chance to get on stage and sling jokes by simply requesting a spot.

Admission is $15 in advance and $20 at the door for all shows except on Sunday open mic nights, where the club is offering free entry.

Be sure to follow the 3rd Floor Comedy Club for lineup details, dates, prices, and times.