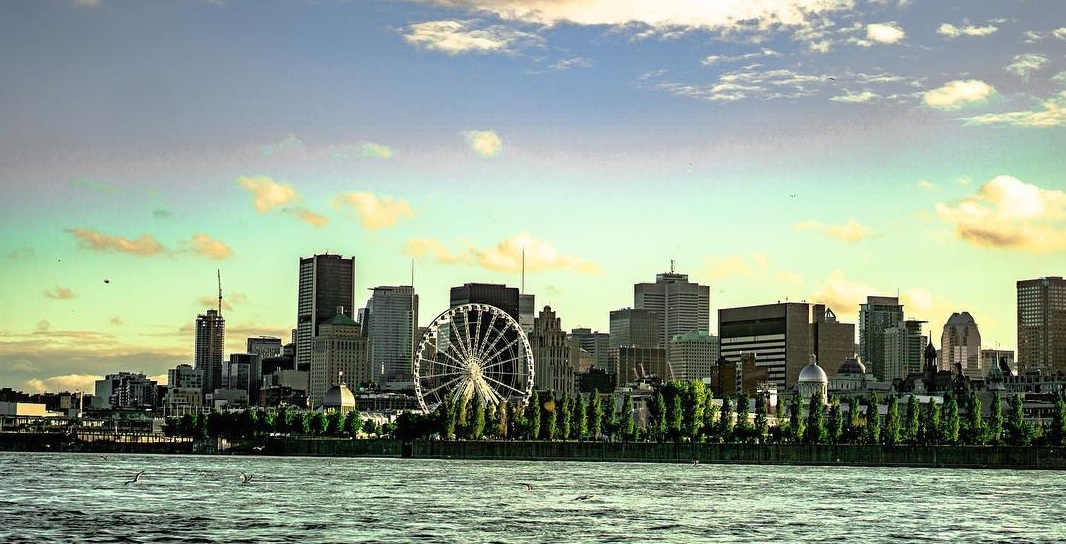 Happy Saint-Jean Baptiste weekend, Montreal! The Saturday of a long weekend is good enough on its own but today’s June 23 Saturday is rockin’. And the best part is? There’s still two days off afterwards, enjoy it! 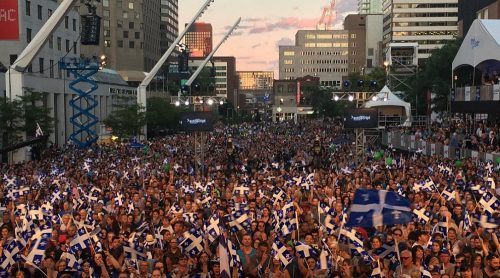 Le Grand Spectacle is arguably the most popular event this whole weekend in Quebec. Located at Place des Festivals, Le Grand Spectacle is a massive free concert that hosts a slew of local artists and musicians at the Quartier des Spectacles. A lot of people, tunes, lots of beer, and loads of blue flags.

Instead of simply staring at the Saint Lawrence River, why not stand on it?

SUP (stand-up paddleboarding), SUP Yoga, and SUP Fitness will be available every day starting today so you can paddle board, surf or ride the Saint Lawrence River waves.

And what perfect timing, just in time for summer!

When: Every day until August 26
Time: 10 am – 7 pm
Where: 350 Circuit Gilles Villeneuve, Parc Jean-Drapeau
Price: Tickets are available online

Shopping Blue and Fusion Ber are hosting a pop-up shop of home décor products today. They have a variety of items made by Moroccan artisans in a modern style and they have a stellar collection of authentic products from Turkey, Spain, Portugal, and France.

There will be a variety of items such as rugs, cushions, poufs, throws, Turkish hammam towels, tablecloths, and shower curtains. 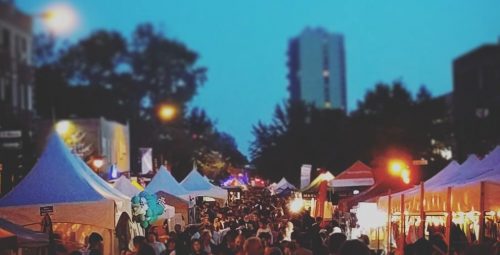 After a year’s hiatus, the Monkland street festival is relaunching as Imagine Monkland this weekend.

The festival kicked off yesterday where over 50 restaurant outlets and store boutiques set up along Avenue Monkland from Avenue Girouard to Avenue Harvard, completely closed off to motorists.

A parade, local bands, circus acts, children’s activities, and a giant street-wide sale will highlight the Imagine Monkland festival. The festival is expected to host over 90,000 participants during its three-day run.

Preach from the Montreal comedy duo of Aba & Preach hosts a comedy show featuring 10 of Quebec’s up and coming stand-up comedians. Les Bad Boys Du Rire (The Bad Boys of Comedy) is a celebration for the fête nationale and will feature a variety of hilarious French comedians (they also sprinkle some funny English comedians as well).

SkatePark Père-Marquette is Montreal’s newest outdoor skatepark.  The skatepark was designed by local skaters with the help of Groupe BC2 and Spectrum Skateparks. The park opened last weekend and has an equally enticing schedule this Saint-Jean Baptiste weekend. There’s a skills competition, free skating and group contests. There’s also a built-in sound system so skaters can blast some tunes.

When: From now until November
Time: 10 am – 7 pm
Where: Parc Père-Marquette, Boulevard Rosemont and Rue Garnier
Price: Free

Ride of the Century Convoy 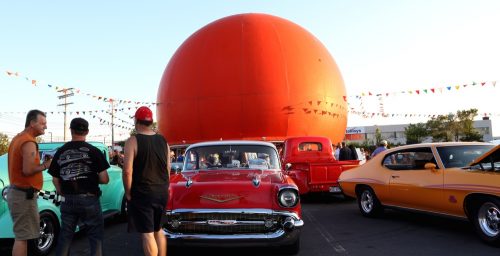 Hosted by Quebec’s Ride of the Century, this motorcycle troupe is trying to break a record by having more than 500 motorcycles ride at the same time.

Even if they don’t attain the record, seeing an impressive number of motorbikes in front of Montreal’s renowned Orange Julep will certainly be a sight to see.

Monkland isn’t the only street festival happening in Montreal during St. Jean Baptiste weekend, Marché des Possibles (The Market of Possibilities) opens for their summer season during Quebec’s holiday weekend.

The market hosts musicians, boutiques, restaurant kiosks, yoga workshops, and shopping outlets in the Mile End’s Plateau. All companies taking part in the street festival are from Quebec.

McGill medical students and the Montreal community YogAuction have paired together to raise money for the Childhood Cancer Canada Foundation. A 60-minute yoga session will take place at Percival Molson Memorial Stadium and will include guest speakers in the field of pediatric oncology, an auction and great prizes.

Woman in the Moon Ciné Concert

The Eastern Bloc gallery is hosted a cinema concert for the 1929 silent film The Woman in the Moon. The film was directed by George Méliès and follows a female astronaut who travels to the moon in search of gold. The film will be played concurrently with live music by Erica Bridgeman, Beth McKenna, and Shayne Gryn, in an electro-acoustic approach.

Cinema du Parc is showing the 1979 crime/thriller cult hit, The Warriors at their quaint, trendy theatre. The film was directed by Walter Hill and follows a New York street gang in a dystopian future.