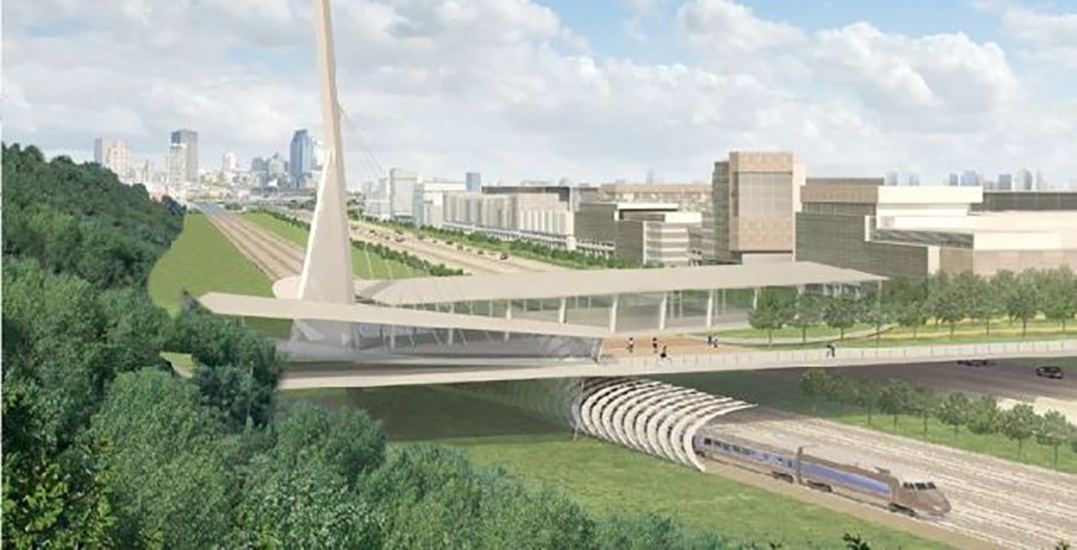 The long-awaited Dalle-Parc pedestrian and cyclist walkway has been given the stamp of approval.

The grassy walkway over Highway 20 will connect LaSalle, Lachine and the Sud-Ouest boroughs to NDG.

The project to build a bridge near the old Turcot Interchange was originally proposed in 2010 by Tansports Quebec but the estimated $40 million budget was cut from the final draft of the $4-billion Turcot reconstruction.

Projet Montreal announced via Twitter that Mayor Valérie Plante and Transport Minister André Fortin have officially revived the project and received the go ahead with the backing of both the city of Montreal and the Quebec government.

The walkway will eventually take over the 40 hectares of land currently occupied by Highway 20. Once the highway is relocated farther north as part of the Turcot’s massive construction, the Dalle-Parc pedestrian and cyclist path will settle into its new location.

Fortin and Plante have yet to announce a budget for the forthcoming Dalle-Parc project and a clear timeline for the start of construction has yet to be stated but is expected to begin in 2020.