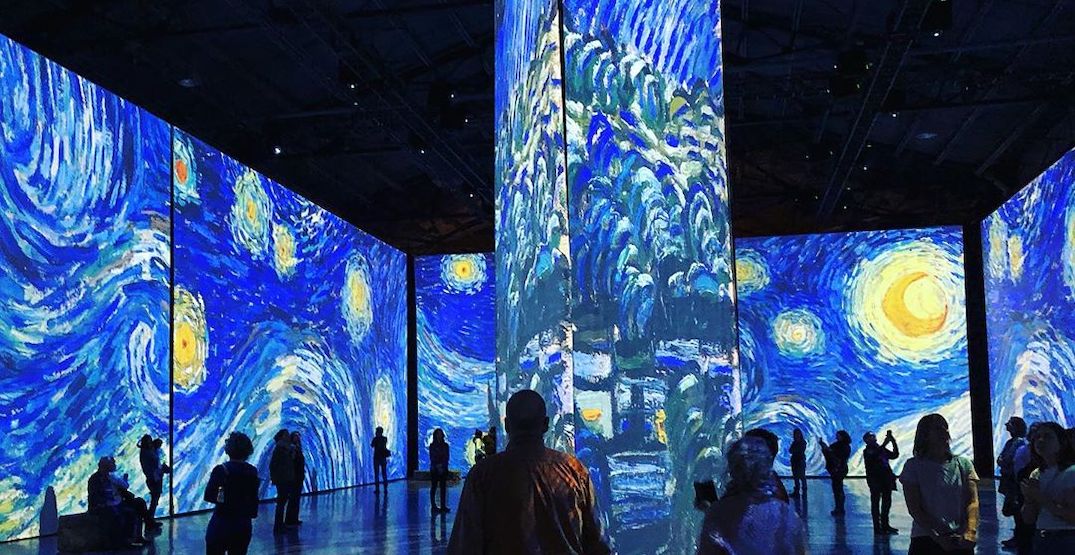 Amidst week-long popularity, the Imagine Van Gogh exhibition initially extended its hours throughout February and now the exhibit will be on display throughout the winter.

Instead of its initial conclusion date of March 1, Imagine Van Gogh will now stay open until April 5.

The display, which opened in early December, takes guests through the world of colours and emotions of Van Gogh’s works through gigantic murals and an immersive soundtrack.

“Montreal is under the spell of Imagine Van Gogh,” reads the exhibition’s news release. “Spurred by the success of this tour de force by Annabelle Mauger and Julien Baron, Tandem Expositions is extending the exhibition until March 1, 2020.”

Mauger and Baron have also chosen what they call “an appropriate” soundtrack to go along with the gigantic murals.

The exhibition takes place at the former Arsenal contemporary art shipyard in the heart of Griffintown. The showing is open from Tuesday to Sunday between 10 am and 6 pm from now until March 1st.