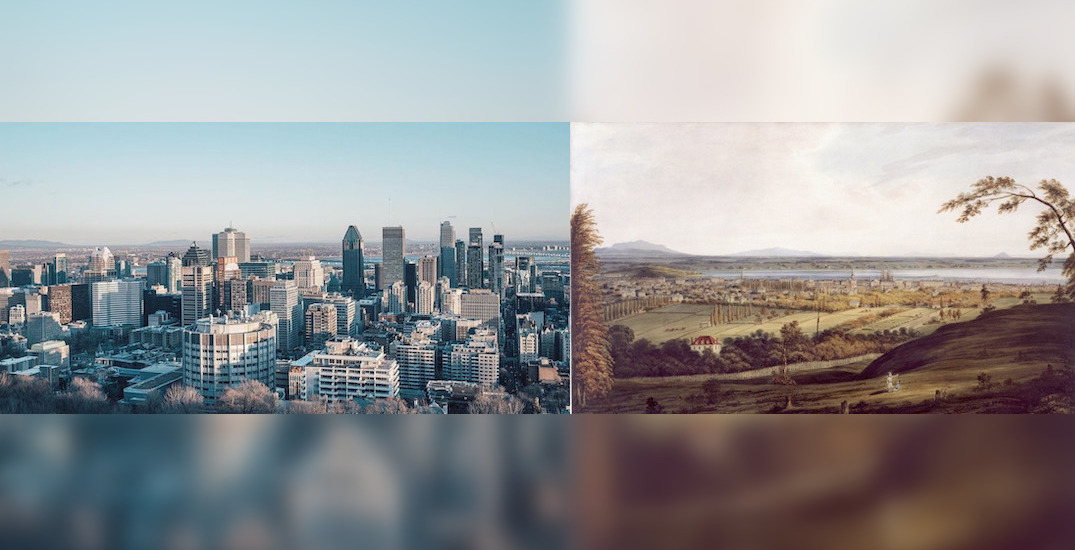 Nothing quite shows the passage of time as effectively as a photo montage.

Dating back to 1832, artist James Fox has captured how much the city of Montreal has changed in the past 188 years.

Titled “Montreal: A Journey Through Time!,” Fox edited different pictures from atop Mont Royal showing the year, prime minister, approximate population, and gadgets of the era as a virtual time portal.

In the McCord Museum painting of Montreal in 1832, you can see the Saint Lawrence River and landscaped mountains in contrast to the urbanized Montreal we know now.

Fox also has video time capsules of Tokyo, Perth, Manhattan, and other cities on his YouTube channel.