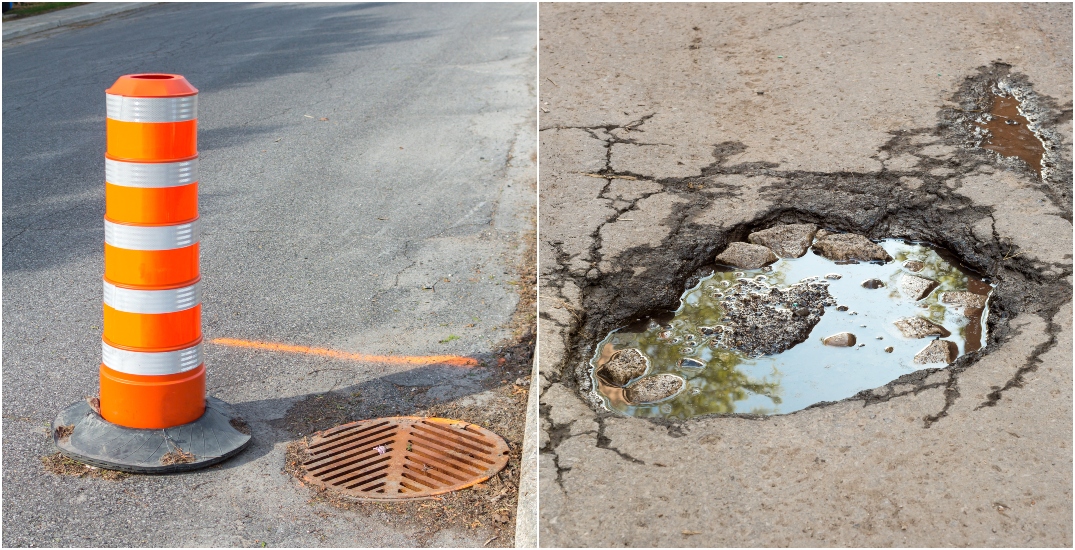 Nothing really welcomes you to Montreal’s roads like smashing your head on the car’s roof after going over an unexpected pothole too fast.

Thankfully, a tool to better navigate around Montreal’s disastrous roads has been developed. The Montreal Pothole Reporting Tool is an interactive map from Spatial Media that lets drivers and cyclists know where potholes are and whether or not they’ve been fixed.

The site functions by collecting data from user-generated reports (including photos) to tell you which streets you might want to avoid.

Users can use the “Report a pothole” function to update the map and mark whether a road flaw has been “fixed” or clarify if it’s “still there.”

Unfortunately, Montreal and potholes are a package deal. An unwelcomed dynamic duo.

The City of Montreal has a “Report a pothole” portal on its website where drivers can flag the location of a pothole where the City says it will “take care of it.”

An unofficial Instagram page, @potholesmtl tries to raise awareness about the dangers on the roads, asking local drivers to upload photos of a pothole and tag Mayor Valérie Plante.

The more users who update the Montreal Pothole Reporting Tool website, the more of the city’s seemingly endless number of road craters can be covered — or at least avoided.