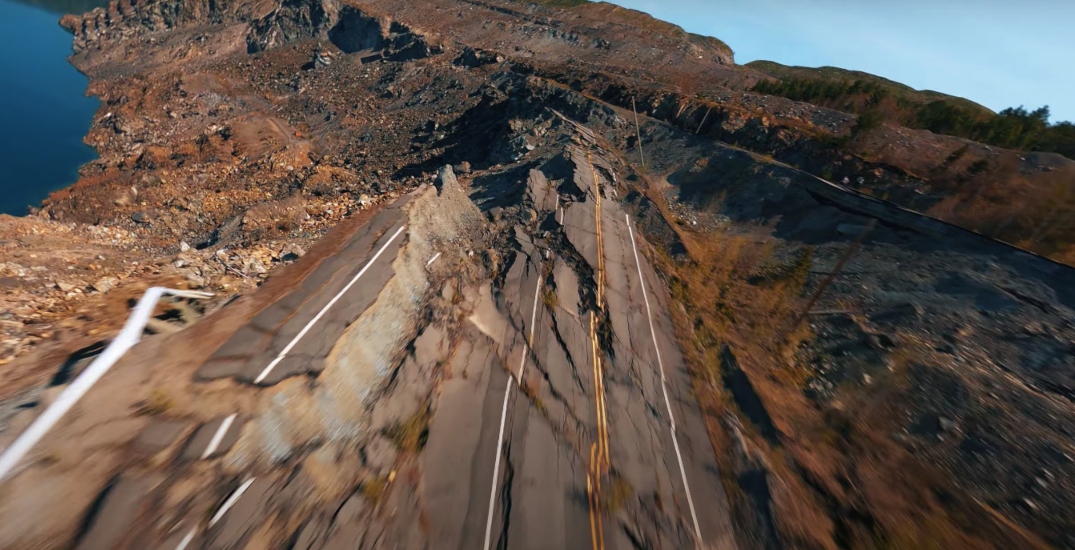 No, this isn’t footage from a post-apocalyptic Marvel movie. It’s a Quebec road.

Magnificent drone footage captured by YouTuber Optique video in 2021 went viral on Twitter and Reddit over the weekend.

The footage shows hi-def views of route 112 in Thetford Mines, a road that was decimated by a landslide in 2009.

The old road ran along route 112 near the Lac d’amiante Mine but a massive two-kilometre-wide crater collapsed it in the middle of the night between Saint-Joseph-de-Coleraine and Black-Lake in Thetford Mines, due to nearby mining works.

Using a GoPro HERO 9 action camera drone, the YouTuber caught absolutely mesmerizing footage. Titled “The Disaster,” the footage is only finally receiving the viewership it deserves after being retweeted on June 6 by Twitter user @crazyfunnystuff.

The tweet itself has gathered over 178,000 views since being reshared.

Set to the soundtrack of “Experience” by Italian pianist Ludovico Einaudi, the original footage is a spectacular example that demonstrates how powerful Mother Nature can be.

Naturally, Quebecers on Twitter couldn’t help but take stabs at the province’s roads after the retweet started gaining traction.

Still better than the roads in Montréal.

On the plus side no traffic

This is any random road in Quebec.