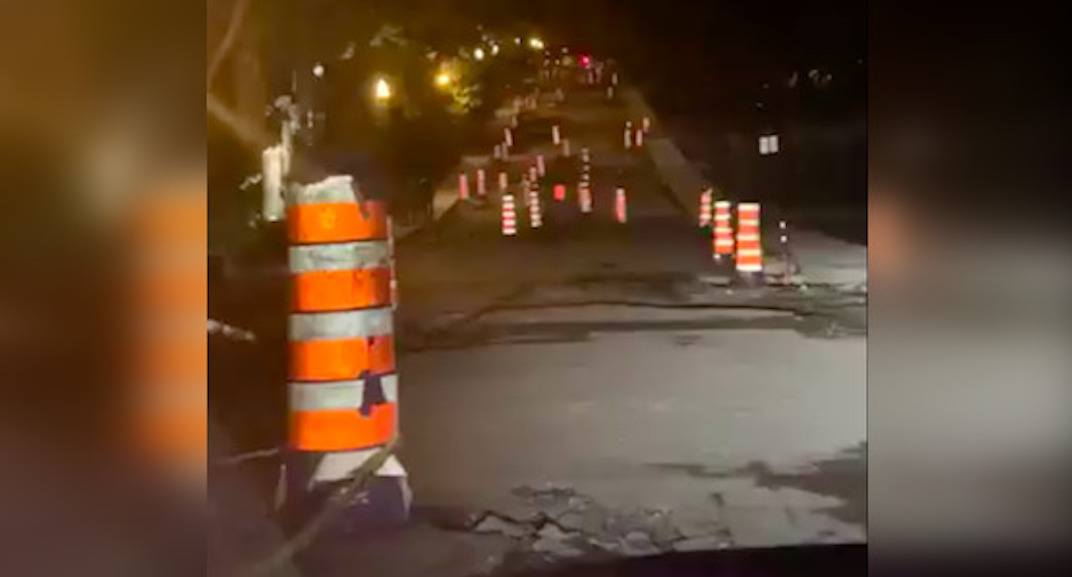 Think about it: “Goomba’s Construction Zone”

Twitter user @sssssssssierra recently shared a short video of Clarke Avenue in Montreal, comparing it to “an advanced level of Mario Kart.”

In the quick video, Clarke can be seen loaded with a dozen of orange traffic cones and construction signs going up a hill.

Montreal is basically an advanced level of Mario Kart pic.twitter.com/8OPY7HWU6K

Sierra, a fan of the N64 version of the game, told Daily Hive that Montreal could be a “hard level with all the cones and potholes.”

Too bad the video wasn’t taken on Peel Street, we’d be able to throw down so many banana-related Mario Kart puns.

The video, which has gobbled up more than 88k views since Wednesday, triggered a reaction from Tweeters who agreed with the Montreal-Mario Kart comparison.

As hard as rainbow road https://t.co/TKBdrGxUSI

This is the most Montreal thing I’ve seen on Twitter this week. https://t.co/r8JyLmUE7e

This is accurate. Wish I had the 🌟 power all day! https://t.co/9VJlYRj5Ed

To the fucker that drops a banana in there https://t.co/g3Z9qfUZGZ pic.twitter.com/pfa0ryBYV8

If your car is still in good shape after, then buy a 6/49

Imagine getting a golden mushroom in there https://t.co/S7b20GZzc1

Nice to know we can still be surprised tbh.