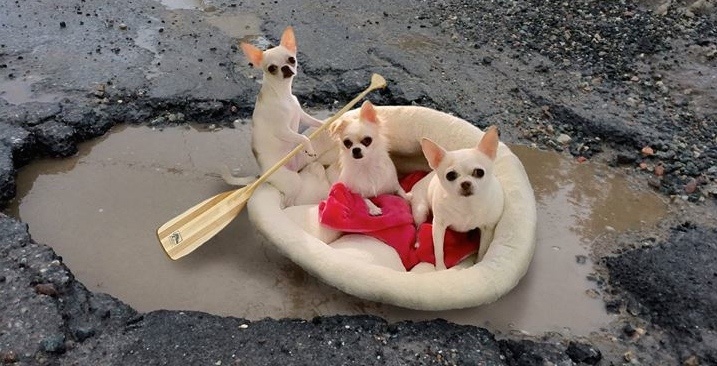 The roadside eyesores are difficult to cover up in the real world, but virtually, it’s a lot easier (and funnier).

A boutique owner in Quebec, decided to tackle a giant pothole with her own hands.

The End of the Line Boutique’s owner, Wendy Stephens, says she approached The Pothole Series in a “very tongue in cheek” way. “I lived in Montreal for 19 years and know the city well,” says Wendy, who now owns the shop in Wakefield, Quebec, to Daily Hive.

“At least the municipality is smoothing the roads out now, but I don’t take credit for that. I feel it’s the only way to tackle the pothole problem – humour always wins out.”

Wendy says she has a background in photography and graphics and has been editing images like this for years. Since she’s purchased the shop, her creative side has taken the backseat but she loves having fun, fusing photoshop with real life. 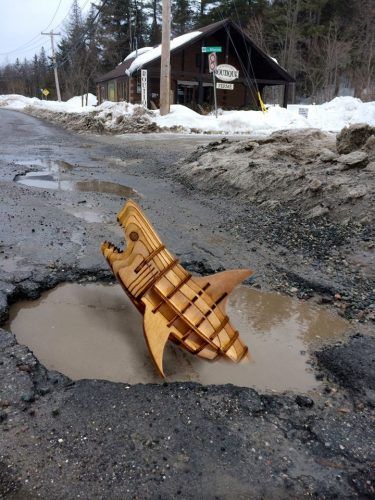 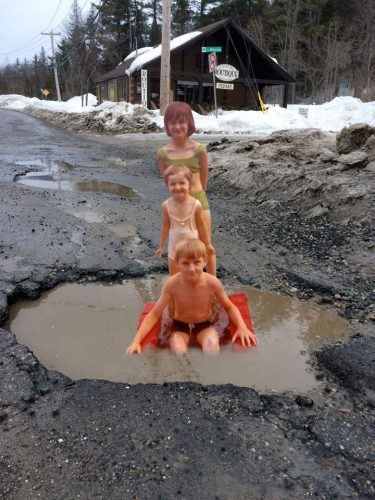 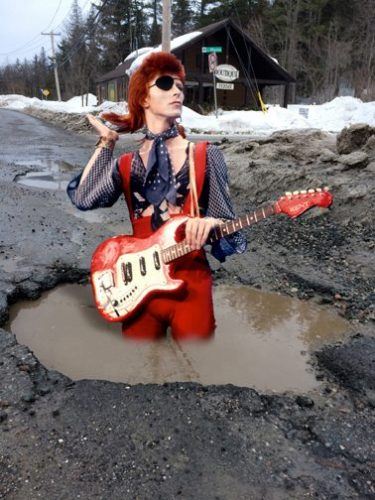 Going forward, maybe Wendy and the crew at her boutique can step up from Photoshop to 3D printing to solve the province’s constant pothole problem.

At this point, a shark might do less damage to Quebec cars than the actual potholes.

Keep an eye out for Wendy’s boutique to see more photoshop-pothole fixes who says, “I am working on more but don’t want to bombard everyone — I’ll pace myself.”