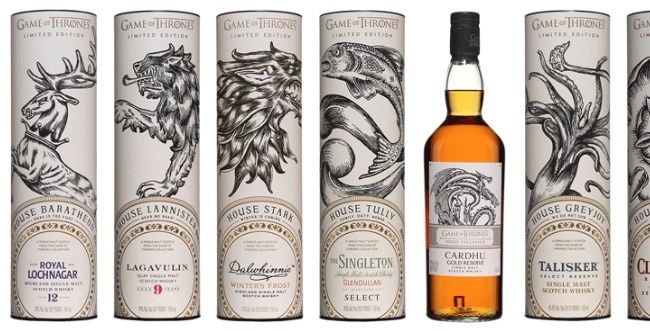 Winter may be coming (or going), but a line of ‘Game of Thrones’ scotches are here.

As if buying dragon-loads of booze isn’t already hard enough, the SAQ wants to make sure fans of the popular HBO show have some official scotch to down during the final season of Game of Thrones, which premieres this weekend.

Eight bottles of scotch (for the eighth season) are available for a limited time through the Société des alcools du Québec, each depicting a different house from the Seven Kingdoms.

“Honour the great houses of Westeros and the Night’s Watch thanks to this alliance between the Game of Thrones universe and the world of whisky,” reads the SAQ website. “As a toast to the final season of the famous epic, discover a collection of eight limited edition single malts crafted by prestigious Scottish distilleries. Each of these collectibles is paired to a great family from the Seven Kingdoms, so all you have left to do is choose your house.” 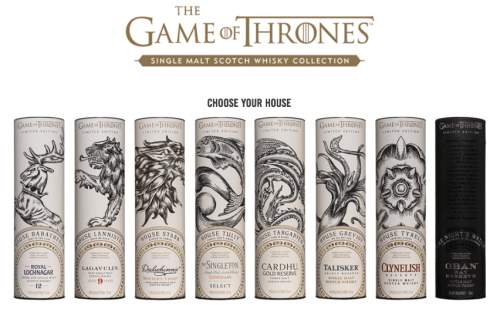 The SAQ stresses that these products are available in “very limited quantities” and a maximum number of bottles may be purchased per client. Meaning, you can’t over-buy and quench the thirst of the entire realm.

The Game of Thrones scotches are also exclusively sold online.

Each bottle features a Game of Thrones’ label, with each respective house’s sigil and a brief description of why the scotch is paired to a family of the Seven Kingdoms. The “Dalwhinnie Winter’s Frost Game of Thrones Limited Edition” for one, is paired with House Stark:

“House Stark’s resiliency, strength and ability to thrive under the most intense situations are greatly shaped by Winterfell’s frigid temperatures. Dalwhinnie, known for being the highest distillery in all of Scotland is cold and remote much like The North where House Stark calls home, making the two an iconic pairing. Winter’s Frost offers aromas of cooked apple and honey.” 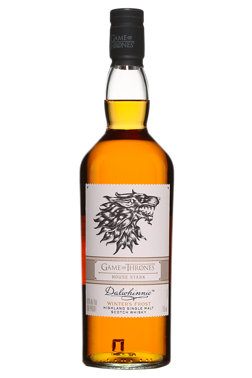 The bottles get a bit pricey, but a real fan knows that a Lannister always repays its debts. House Tully’s “Singleton Glendullan Select” for example, is the least expensive at $65.75 and House Baratheon’s “12 year Royal Lochnagar” tops the list at $129.25.

Those prices are in Canadian dollars of course. No word yet if the SAQ accepts silver stag coins, copper pennies from Highgarden or dragon eggs.