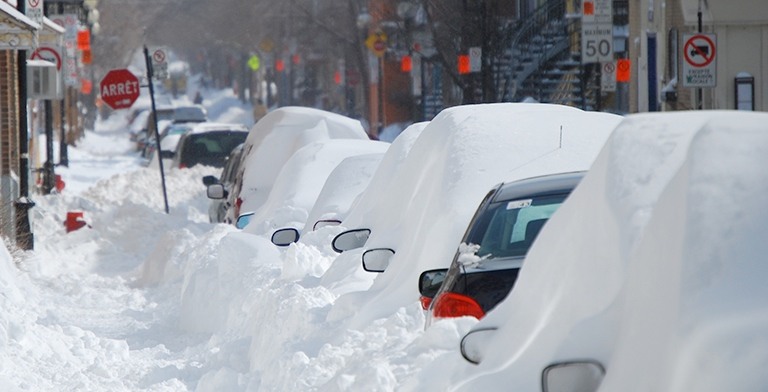 A partial snow-clearing operation started early this morning in some areas of Montreal.

After a recent blast of snow, the city announced on Thursday that only certain areas that have been covered will be cleared.

Snow removal will take place in the following boroughs:

The operation began at 7 am and will continue throughout the day. The city said a team of workers will also spray salt on ice-coated sidewalks and streets as a precaution.

Typically, full snow-clearing operations are triggered by at least 10 to 15 cms of snow and the first snowfall of 2019 has only delivered just over a cm. But, this week’s snowfall has turned to ice, making walking and driving all the more difficult.

Plus, with more snow expected early next week, the city doesn’t want to take any chances of falling behind.

Residents are being asked to respect no-parking signs and are urged to check the Info-Neige mobile application to find out where and when snow-removal operations are taking place.

Details about snow-clearing operations can also be found on the city’s website.