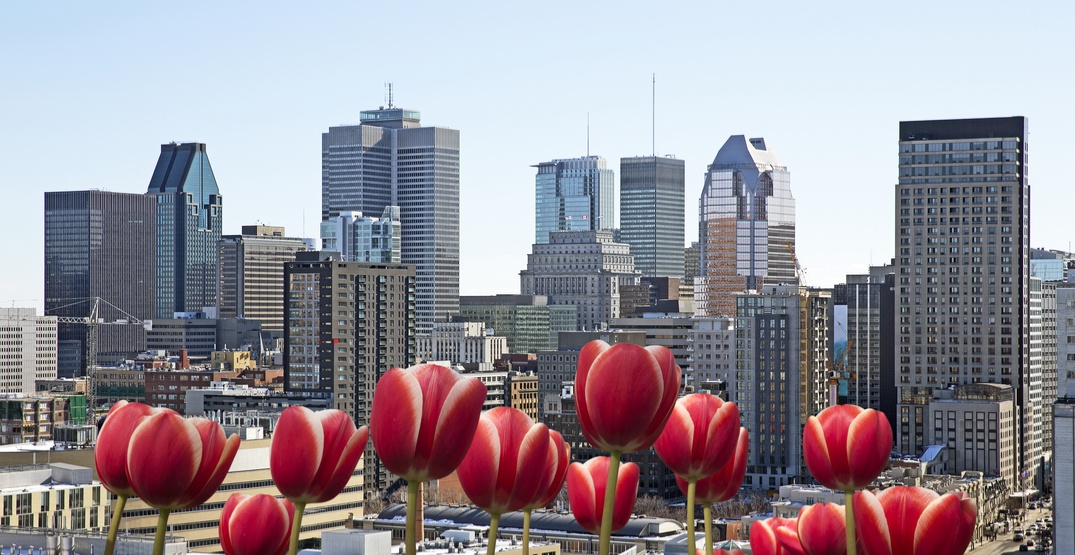 In addition to warmer weather, March in Montreal brings a whole slew of new events and activities.

Ranging from culinary events like the World Cider Festival and Montréal en Lumière, this is going to be a month to remember.

Check out 24 things to do in Montreal this March.

One of the greatest music stars of all time is being celebrated at Montreal’s Place des Arts in honour of Black History Month. Prince: His Purple Majesty is an exhibition dedicated to the legendary artist. Prince’s life and musical career is explored by musicologist Duke Eatmon.

Montréal en Lumière is bringing plenty of cool events and attractions to town and you’ve got to check out the neon Quebec Maple Ferris wheel located at Place des Festivals. You’ve probably already seen it up and running, but it’s free to ride so don’t forget to take advantage of it!

On the night of March 3, Spa Bota Bota will light up with beautiful illuminations and reflections. With a DJ, a relaxed atmosphere, and incredible views of Habitat 67 and Old Port, don’t miss your chance to visit one of Montreal’s best spas during Nuit Blanche. Tickets cost $30 per person and include access to the water circuit, bathrobe, towel and key bracelet.

Attention witches, wizards, house elves, and Montrealers! Lockhart, Montreal’s Harry Potter themed bar, is hosting an epic party on Montreal’s most exciting night – Nuit Blanche. Get ready to pull an all-nighter because on March 3, The Lockhart will be open from 9 pm to 5 am.

The exhibit is as an audiovisual experience that deconstructs 3D scans of monuments, buildings, and structures into a mesmerizing experience that will be projected on the dome of the SAT.

Every Wednesday, the Old Port skating rink will transform into a giant Salsa dance party for its Latin Nights! Skate the night away as a guest DJ plays Latin beats all night long.

Salsafolie will also be on site to help you learn how to dance Dominican Bachata and Merengue. There will be a special dance section reserved around the rink for you to practice your moves. It’s going to be the hottest party in town!

The Old Port of Montreal has decided to host themed nights throughout the week. While the “Workout on Ice” Tuesdays and the “Hot Rhythms on Ice” Wednesdays sound pretty cool, it’s the “DJ on Ice” Thursdays that have our attention.

DJ on Ice is the official event for nordic Thursdays. Every week, there will be hot mixes and killer beats, light shows, and magnificent backdrops.

During March Break, explore the snow-covered forests of Mount Royal while discovering its fauna, flora and history of mountain sports all with the help of a guide. A stop for hot chocolate in the heart of the forest is included!

Montreal is hosting yet another exciting art festival this month, the International Festival of Films on Art(or FIFA). A unique festival that recognizes the films created on art and media arts. FIFA seeks to promote the work of artists, increase knowledge of art among the public, and encourage the film community to produce more films based on the subject.
When: March 8 to 18, 2018
Where: Various locations, check website for details

What is the traditional way to celebrate St. Paddy’s in Montreal? The annual St. Patrick’s Day Parade, of course! This year, it’s taking place on Sunday, March 18, but the event, organized by the United Irish Societies of Montreal, will be taking a different route than usual. After over 50 years of festivities along Ste-Catherine Street, the parade route will proceed along Maisonneuve Boulevard.

The National Home Show returns to Montreal this March. Taking over Place Bonaventure between March 9 to 18 this unique festival will feature hundreds of exhibitors covering all sorts of home-related needs.

You can play the hottest new recreational game right here in Montreal. Known as Archery Tag (or Arc Tag for short), Combat d’Archers is the place to spend a Saturday afternoon in Montreal. This hybrid sport is a mix of paintball and archery. It sees players running around a room of over 10,000 square feet, using draw-string airsoft weapons to tag their opponents. Each session is one hour in length, excluding 20 minutes of training which is required before every game.
When: Monday to Friday 12pm-11pm, Saturday and Sunday 9 am-11 pm
Where: 3955 Rue de Rouen

Art lovers will be getting a treat as North America’s largest undergraduate arts festival will be coming to Montreal.

A cabane a sucre right in the middle of the city!

Montreal’s own urban sugar shack/maple syrup festival is back for the 8th year in a row. Officially called Cabane Panache Et Bois Rond, all the sugary goodness of a Quebec cabane a sucre will be coming to Promenade Wellington between March 22 to 25, 2018.

Looking to achieve those summer fitness goals while treating yourself to chocolate?

It sounds contradictory but that’s exactly what you can do at the Montreal Chococourse. This 5 km run, presented by Cacao Barry and organized by Les Courses Gourmandes, is the perfect event for those with a sweet tooth.

The traditional winter village at Montreal’s Olympic Park has officially returned for 2018.

From now until March 25, 2018, you can enjoy outdoor skating on a brand new frozen trail, browse the pop-up shops, discover artisanal products, and take part in plenty of other fun winter activities.

Get a waffle on a stick in Old Montreal

There’s nothing like a good waffle. And this classic breakfast food is even better on a stick – complete with delicious toppings. These easy to transport waffles with delectable add-ons are available at LApop, located in Old Montreal.