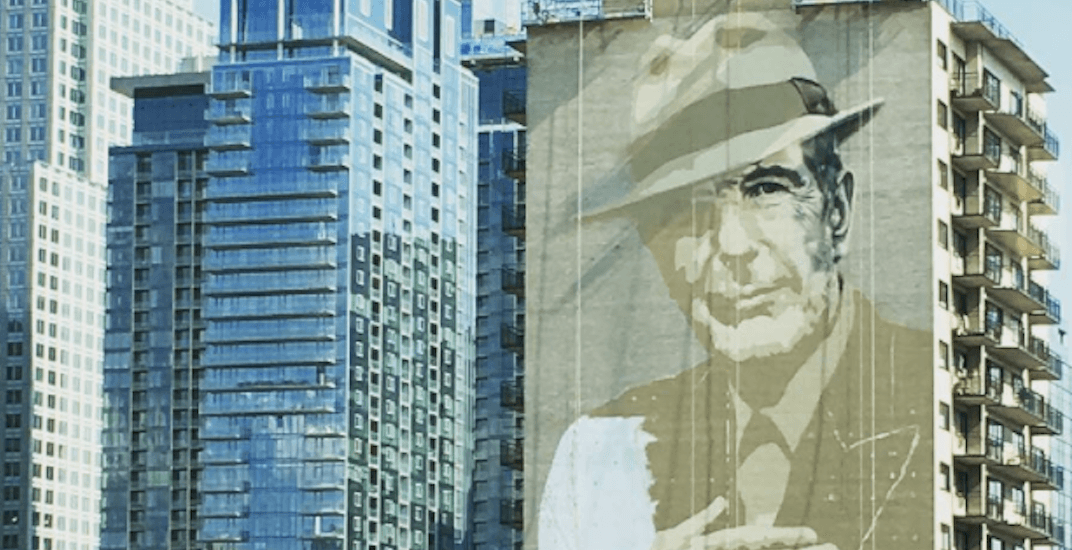 The 8,500 square-metre mural is being painted on a 20-storey building on Crescent Street, just north of Sainte Catherine Street West.

Mayor Denis Coderre announced the painting of the mural back in April, and the amazing work of art is finally coming together.

Montreal artist Gene Pendon and American artist El Mec will be collaborating to create this magnificent work of art, one in a series of works titled, “Montreal’s Great Artists.”

The newest mural isn’t the only homage to the famed Canadian artist happening in Montreal this year. The Montreal Museum of Contemporary Art is introducing an exhibition on the life of Cohen entitled “A Crack In Everything.” The exhibit is set to open November 9, 2017.

It was also announced that a Leonard Cohen tribute concert will be held in Montreal on November 6 at the Bell Centre.