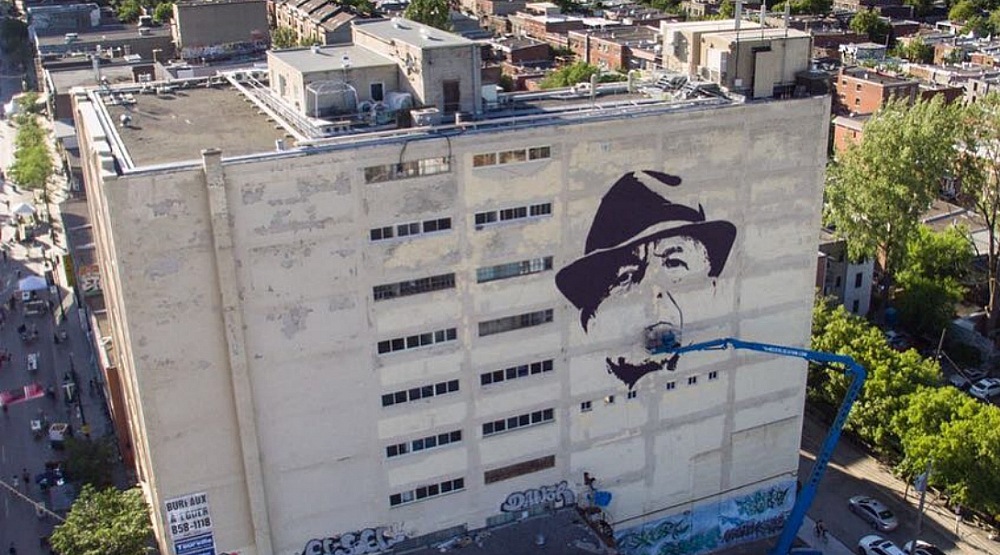 If you’re going to be walking around Napoleon and Saint-Dominique street in the plateau this week (and why wouldn’t you be with Montreal’s coolest summerfest MURAL still running strong until Sunday), you might want to take a moment to look up. Way up. Nine storeys – to be exact.

Painted in the same neighbourhood Cohen spent most of his life, Parc Du Portugal, the portrait of the artist being painted on the side of the Cooper building, just off The Main, and just out back of the famous Moishe’s Steakhouse parking lot, has been taking shape over the past couple weeks now, and is something to behold.

Starting with his ever famous, iconic black hat, followed by his eyes, chin and nose, the artist’s slow reveal has captured the attention and hearts of locals both on and off social media.

So make your way down and make sure you have your camera handy, it’s a beauty!