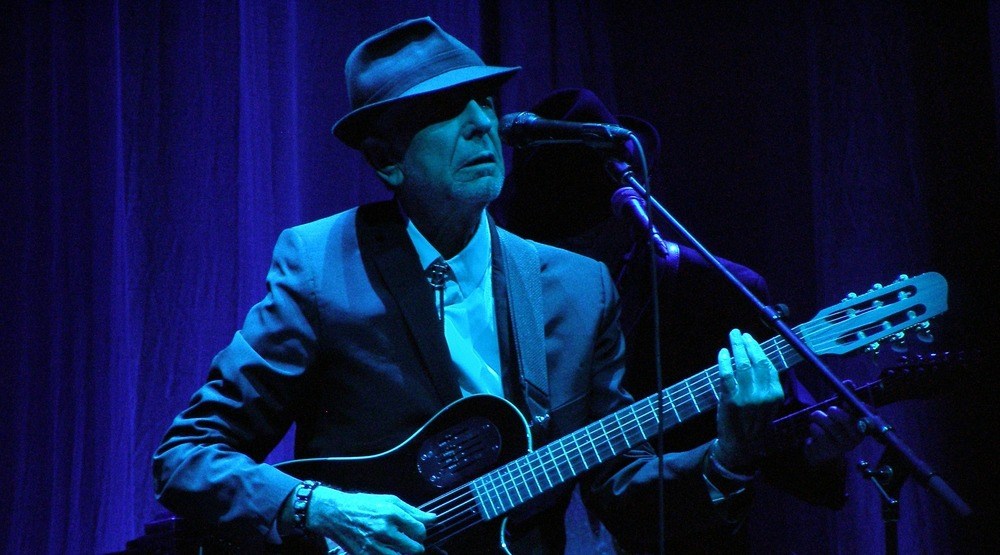 Last night was as Montreal as they come. I was sitting at my favourite local dive bar, watching the Habs play, drinking and catching up with friends. Byron had just scored against the L.A. Kings and the bar had erupted in cheers and high-fives when the first of the messages started coming in on my phone – first as a trickle, then in machine-gun rapid bursts.

“Have you heard? Cohen has passed.”

They kept popping up from well-meaning friends who know how much of a fan I am with such relentless speed I had to put out a public plea on social media for them to stop. “I know, please stop texting me. I’m heartbroken.”

I turned to one of my friends and in a total daze whispered “Leonard Cohen just died.”

Without saying a word she immediately came over to my side of the table and hugged me tightly. I felt numb; I couldn’t cry. Within seconds a friend from behind the bar walked over with purposeful urgency – whiskey bottle and shot glasses in his hand – and with stunned grief-stricken faces we toasted to Our Man. I continued talking, laughing, drinking, but the lights were dimmer. My heart wasn’t into it.

Only when I finally locked the door behind me, in the quiet of a home that contains his music and his writing, and where Stranger Music has been leafed through and read at least a hundred times, did the tears start coming. Leonard, man of quiet dignified grace, would have probably preferred it that way.

Within hours of the news breaking the crowds slowly started gathering outside of Leonard’s Montreal home on Vallières, near Parc du Portugal, a makeshift shrine of sorts; flowers, candles, and the words Hallelujah tacked on to the door. Within hours the personal testimonials of my friends started popping up on my Facebook feed. Where they had spotted him in the city, what they had done when they had, how they had expressed their love for him, and the shy gratitude he had received it all with.

Like a support group we huddled around one another wondering who else was left for 2016 to take, why hadn’t he been awarded the Nobel Prize in Literature instead of Dylan, and whether the city would get it right this time and honour him with something better than an overpriced contentious gazebo on the mountain. Someone broke the morose tone by suggesting that when the “jerks join the party, the cool people leave,” alluding to Trump’s win in the States. We laughed. The mood lightened for a moment. Montreal was officially in mourning. The next morning the flags were lowered at half-mast. Almost everyone I know was working to a Leonard Cohen soundtrack today.

“But let’s not talk of love and chains, and things you can’t untie. Your eyes are soft with sorrow. Hey, that’s no way to say goodbye.”

Before he was anyone else’s, Leonard Cohen was ours. He was born here, went to school here (first to Westmount High School, later McGill), went to Synagogue here, first fell in love and lust here, first picked up a guitar and a pen here, was first published here; he ultimately became who he would later be here.

I have spent decades walking the same streets he walked on hoping to one day bump into him. I couldn’t ever walk past Parc du Portugal without glancing over at the hunched-over old men sitting at the benches, hoping to make out someone in a fedora and a suit. I knew the odds were slim to none, as he spent more time in L.A. than Montreal as he got older, but it never stopped me from looking.

Cohen’s ancestral home at 599 Belmont Avenue near Murray Park in Westmount has always been a sort of secret shrine to Cohen lovers. The same way The Main and Bagel Etc., where he was often sighted, were, too.

When I read Fanny Britt’s ‘Les Maisons’, I knew Lenny’s was about Leonard Cohen way before the punchline. It’s a Montreal thing.

When Cohen sang about Suzanne taking him “down to her place by the river”, we knew which river he was talking about. When he mentions “our lady of the harbour” we close our eyes and see her too.

Cohen made no secret of his ties to Montreal. In a wonderful Globe & Mail piece Robert Everett-Green reminded us that Cohen had written “I have to keep coming back to Montreal to renew my neurotic affiliations,” on the dust jacket of The Spice-Box of Earth, a collection of poems he published in 1961.

Recently Cohen had told an interviewer, “I feel at home when I’m in Montreal, in a way that I don’t feel anywhere else. I just love it. I don’t know what it is, but the feeling gets stronger as I get older.”

He often mentioned the city in his work. “Beware of what comes out of Montreal, especially during winter. It is a force corrosive to all human institutions,” he writes in a poem named – what else — Montreal.

“In Montreal spring is like an autopsy. Everyone wants to see the inside of the frozen mammoth. Girls rip off their sleeves and the flesh is sweet and white, like wood under green bark. From the streets a sexual manifesto rises like an inflating tire, ‘the winter has not killed us again!”’

What Montrealer doesn’t know that feeling, that coming-alive sensation as a brutal winter ends and spring arrives to breathe life into us once again?

The entire world may be mourning a gifted wordsmith right now, but Montreal is mourning its son. Leonard Cohen was ours. He was family. He belonged to us in the most tribal of definitions. He had transcended language and age and gender. He belonged to all who called Montreal their home.

In an attempt to console me, one of my friends told me that those who had worked with him on what turned out to be his final album knew that he was dying and that he was preparing for it. Of course, the signs were there. Anyone who’s listened to “You Want it Darker” could hear that it was possibly his final gift to us all.

Cohen had even stated recently to The New Yorker in his always-devoid-of-melodramatics, matter-of-fact tone he’d use during interviews: “I am ready to die. I hope it’s not too uncomfortable. That’s about it for me.”

“He was ready,” my friend told me.

“But you don’t understand,” I replied to him with a sigh. “We weren’t ready to let him go.”