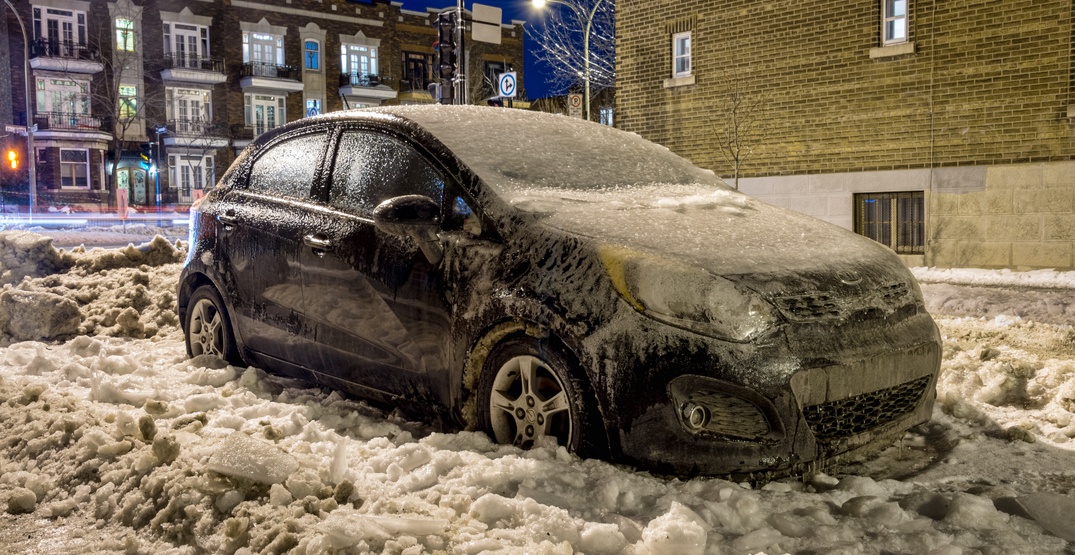 It seems like the weather in Montreal is only getting worse and worse.

During the early morning of Sunday, April 15, Environment Canada recently updated a special weather statement for Metro Montreal and announced a massive amount of freezing rain throughout the province.

According to the release, “an intense low-pressure system will bring a mix of precipitation” to the province starting in the early afternoon. Expect precipitation to begin “as snow and ice pellets” and gradually change into freezing rain later in the evening. 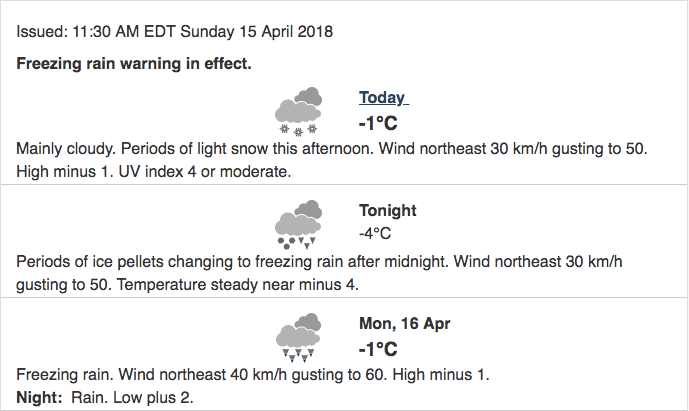 The freezing rain will last at least several hours and cause significant travel issues come Monday, April 16. Environment Canada warns that all kinds of surfaces, including highways, roads, walkways, and parking lots, will become icy, slippery, and hazardous. In addition, ice build-up tree branches to break and power outages to occur.

Up to 20 millimetres of freezing rain is expected by Monday evening. If commuting, make sure to commute with extra caution for yourself and others.