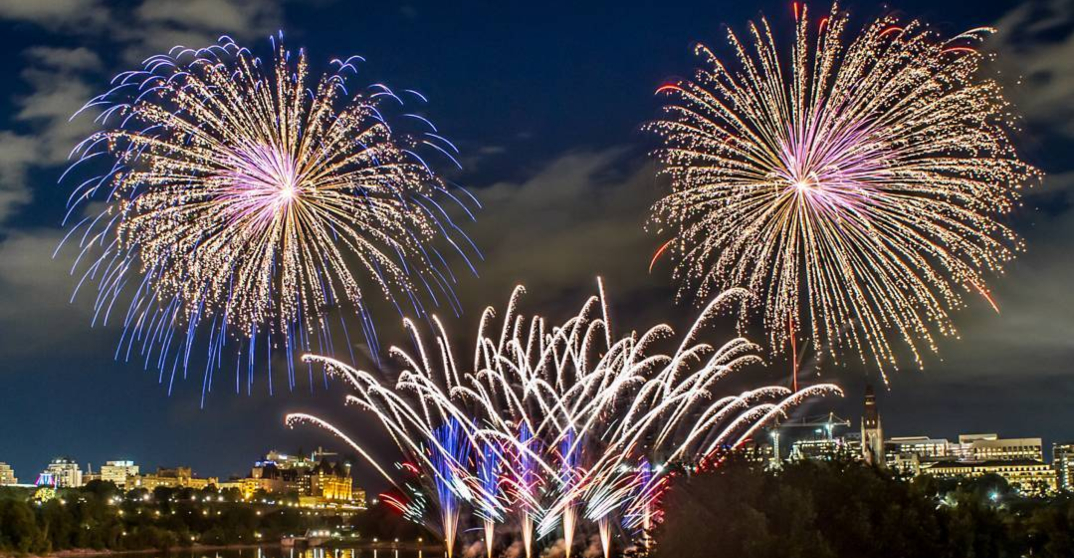 La Ronde’s iconic international fireworks festival won’t be going ahead as planned this summer due to the ongoing COVID-19 pandemic, but that doesn’t necessarily mean Montreal won’t be getting lit up.

La Ronde will host a “surprise mini fireworks festival” across several Montreal boroughs for the rest of the summer.

In an email with Daily Hive, Karina Thevenin, the Communications and Marketing Manager for La Ronde, said a “special edition of the L’International des Feux Loto-Québec will take place across the island for the rest of the summer.

The mini fireworks festival will take place weekly and the September 4 finale will honour essential workers throughout participating boroughs.

Each week, La Ronde will display a sky full of colours in a different borough. The five-minute show will be accompanied by music, with the borough only being unveiled on the same day as the fireworks show.

The mini-fest kicked off this past Saturday at a park in Rivière-des-Prairies.

All other shows will be announced the day of the event for the rest of the summer.

La Ronde proudly acknowledges the support of partners as prestigious as Loto-Québec and the Government of Quebec, two important Quebec institutions that recognize the economic contribution of the event as well as its influence on the world scale.

La Ronde’s firework festival — which usually takes place annually in June — was cancelled last spring. It was slated to be the city’s 36th consecutive year of the festival.