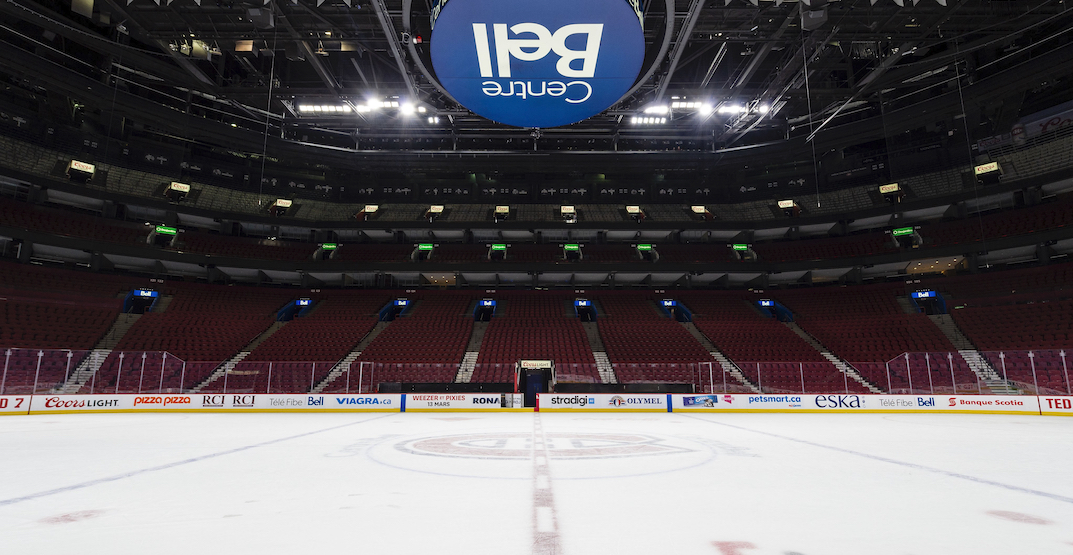 The rapidly changing coronavirus has resulted in unprecedented cancellations and postponements throughout not only Montreal but also across the globe.

With a seemingly non-stop list of new closures and delays, along with everything else being in complete disorder, it’s tough to keep track of what’s open and closed around Montreal.

While the virus continues to spread, many events have opted to either cancel or postpone upcoming activities.

Quebec’s Premier François Legault has asked that all events that consist of over 250 people to be cancelled as well as gatherings he labelled “non-essential.”

As of Friday March 13, here is a list of everything that’s been either postponed or cancelled across Montreal. We will update the list as new details trickle through.

The NHL has decided to suspend play immediately, following a call with the league’s Board of Governors on Thursday afternoon.

Place des Arts has announced that it is suspending all shows and other activities until further notice.

The decision is currently in effect, according to the performing arts centre, and will affect all upcoming shows, including those scheduled for this weekend.

School boards and universities across the Montreal area

Fourteen school boards across the Montreal area are closed. McGill and Concordia University have followed suit by cancelling all classes and exams on Friday as well.

Both universities are also cancelling all on-campus events throughout the weekend that are likely to attract more than 250 participants.

Concordia has closed both its downtown and Loyola campus libraries for the weekend but the actual schools will remain open.

Both universities are going to “reevaluate” how to go forward throughout the weekend.

Evenko, the mega promoter, said it has taken note of the government’s request and “understands and respects the need to control the risk of the virus spreading.”

Evenko said all events for the next 30 days are cancelled and ticket holders will receive specific information about whether they will be refunded and which events will be rescheduled.

The 197th St. Patrick’s Day Parade has been postponed. Originally scheduled to take place on Sunday, March 22, the annual parade has been pushed to a not-yet-determined date amidst growing coronavirus concerns.

Irishman of the Year Breakfast

Montreal’s Irishman of the Year Breakfast, a tradition on the Saturday before St. Patrick’s Day, has been postponed. No replacement date has been announced yet.

Regularly open 24 hours a day, seven days a week, the Casino de Montreal confirmed on its website that the closure is a “government decision that will remain in place until further notice.”

Blue Jays vs New York Yankees at the Olympic Stadium

The Blue Jays were on deck to host a Major League Baseball game at the Olympic Stadium for the seventh year in a row on March 23 and 24. The games are being postponed (but realistically cancelled) due to MLB’s suspended start to the 2020 season.

Skate Canada and the International Skating Union (ISU) were informed by the Quebec government that the upcoming World Figure Skating Championships will be cancelled.

The event was scheduled to take place from March 16 to 22 at the Bell Centre.

The bishops of Quebec have cancelled weekend Masses across the province until further notice.

“Given the impossibility, in many places, of managing the limit of 250 people gathered, also considering that many of our parishioners are over the age of 65 and are therefore more at risk of contracting the virus, as a preventive measure.”

Montreal’s Startupfest, Canada’s largest gathering dedicated to the growth of startups, will scale down this summer’s three-day event.

Originally scheduled to take place from July 15 to 17 at Parc Jean-Drapeau, the festival will not run its usual “large scale” event and may take the virtual route.

Every summer, the festival brings together more than 7,000 startups, investors, authors, small businesses, and industry leaders to the island.