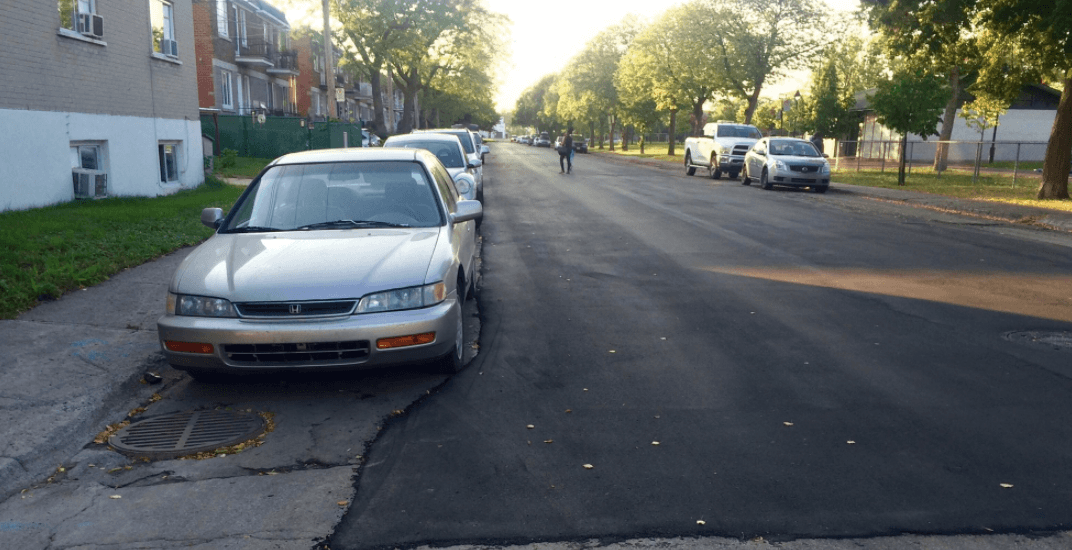 Montreal’s construction workers are back at it again with their questionable paving jobs.

This time, the pitiful paving took place in Mercier-Hochelaga-Maisonneuve on Émile Legrand Street.

The images were shared on Twitter yesterday by Craig Sauvé, a city councillor for the district of Saint-Henri—Little-Burgundy—Point-Saint-Charles.

Of course, this isn’t the first time there has been a paving blunder in Montreal.

You may recall this gem that happened back in May:

The area was being paved for the upcoming Formula E race and workers were in hurry to finish the job before the Quebec construction worker strike.

We’re not sure what happened this time on Émile Legrand Street, but it looks like someone definitely forgot to drink their morning coffee.