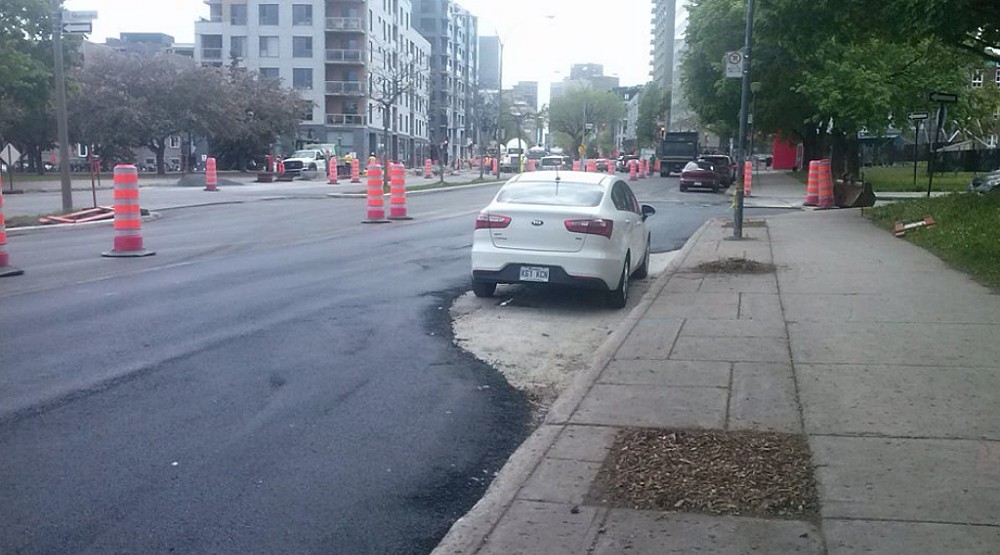 Everyone knows Montreal has its fair share of jokes and memes when it comes to construction around the city. This picture however, takes things to a whole new level.

This leaves us pondering the below:

A: Tow trucks exist….just saying.
B: Is lazy the new pink?
C: COME ON MONTREAL!

The area was being paved for the upcoming Forumula E race and workers were in hurry to finish the job before the Quebec construction worker strike.

Here’s to hoping this gets fixed sooner than later otherwise, let’s keep the memes coming!