The City of Montreal has announced it will be awarding businesses direct financial compensation for lost revenues due to road work and construction.

The Canadian Federation of Independent Business (CFIB) has announced a $25 million financial assistance program, over the next four years, that will aim to help struggling businesses affected by the negative impacts of major works.

The first program of its kind in Canada, the CFIB urges other municipalities in the country to take inspiration from Montreal’s new initiative.

The financial assistance program will provide a welcome reprieve for businesses located in a major construction zone. Retail shops and restaurants could be reimbursed at 85 per cent, up to a yearly maximum of $30,000.

There is also $16.8 million in place that will help organizations that work with small businesses.

“Of all the municipalities in the country that we challenged to compensate businesses affected by construction, Montreal is the first – and so far the only – city to have risen to the challenge,” said Simon Gaudreault, CFIB senior director of national research. “We congratulate the city for its leadership on this issue. This announcement shows that Montreal Mayor Valerie Plante and her administration are listening to small businesses and their concerns about the impacts of construction projects on their operations and bottom lines.”

The program is retroactive to January 1, 2016 and includes infrastructure work, STM construction and the rebuilding of water and sewage networks that lasts six months and longer. 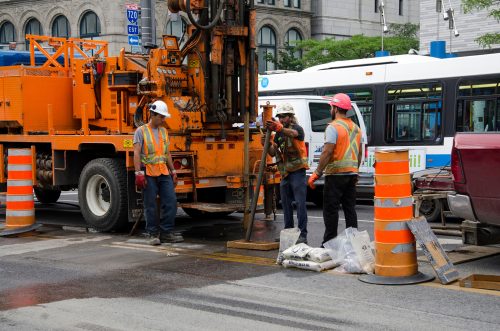 Merchants will have to submit their tax returns and their GST/QST reports to access the financial assistance.

The city will identify the areas appropriate for compensation with the goal of opening the application process in January and delivering cheques by March.

According to a recent CFIB report, two out of five small businesses in Canada were disrupted by construction over the past five years. Overall, 65,000 businesses in the country have been “severely impacted by roadwork”.

As a result, CFIB challenged municipalities across the country to establish a policy to reduce the negative impacts of construction by instituting:

“Montreal is not the only place where roadwork affects businesses. Small businesses throughout the country need their elected municipal officials to show leadership and take action on this matter. We encourage all municipalities to follow Montreal’s example and set up a support program for their small and medium-sized businesses. We are eager to congratulate the next municipality that moves forward in this direction,” concluded Gaudreault.