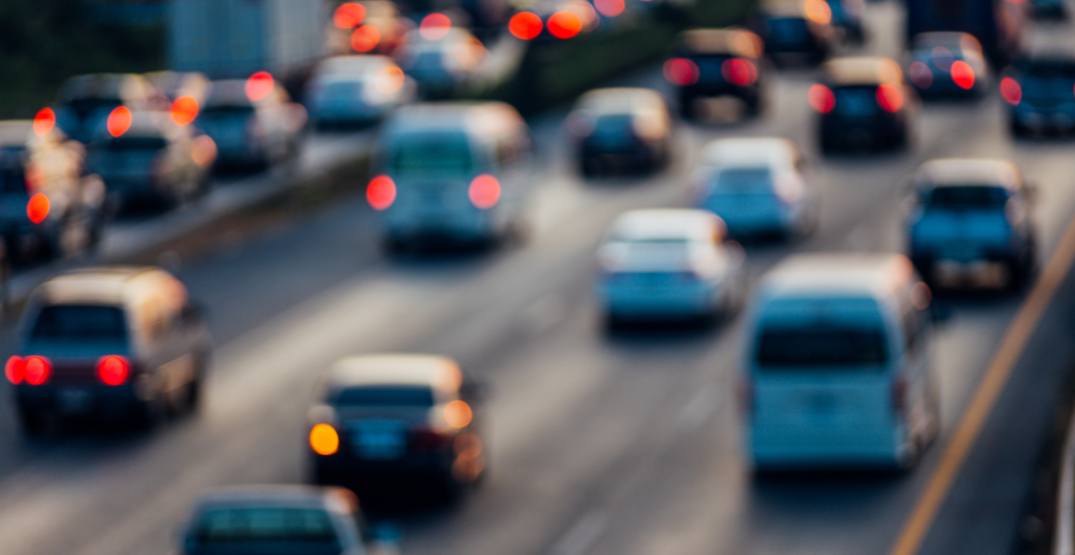 Montreal really has become the city of the bleu, blanc et rouge – at least when it comes to traffic.

Blue being the colour of my face from holding in swear words, white from my knuckles clenched to the steering wheel, and red the constant hazard lights in front of me.

Drivers can’t get anywhere in the city easily anymore. Between the Turcot Expressway, Highway 40, the 20, the new Champlain Bridge, the REM light-rail train construction, the Pont Mercier and the Bonaventure tunnel, the city is more congested than sinus season. And, speaking of tunnels, I can’t see the light at the end of any.

Traffic is fine in minor cases, it’s supposed to happen, but we’ve been bumper-to-bumper for the better part of two years in Montreal.

I took an off-island golf trip to my quaint hometown of Hemmingford at the end of October.

Hemmingford is roughly 50 minutes Southwest of Montreal. The Champlain Bridge outbound traffic rolled relatively smoothly for a Sunday afternoon (while its giant successor loomed in the background).

On the return, it took me 45 minutes to drive the 58 kilometres through the backroads to Montreal. Then, another 70 minutes for the final seven-kilometre trek from the Turcot Expressway to NDG.

Coming off the Mercier Bridge in good time, I hit the Turcot and didn’t move more than 5-feet at a time, I had better drives on the golf course.

Like herded sheep, we were forced to get on the 20 South and we detoured in Verdun. Soothing music did nothing, nor did in-car yoga moves. After too many heavy breaths and palm plants, I was redirected back down Saint-Patrick Boulevard and right to Angrignon Boulevard. Exactly where I had invented new swear words 30 minutes prior.

How can a city so proud of events, activities, music, food, sports and culture be so poor at providing stress-free driving? Montreal’s roads are turning me into a monster, my car has become an aluminum swear box on wheels.

Quebec 511 alerts have to improve. The city’s social media channels warn of closures, sure. But in such extreme cases like this, they need to do more. Offer alternative routes and quicker paths – if apps like Waze can do it, the city should too.

Two-hour traffic jams becoming routine on Sunday nights should not be the norm. Emergency vehicles should be allowed to use reserved bus lanes after completing calls to speed their return and thin the herd. Technology on monitored traffic posts have to be improved. If you can’t tell which bridge you’re looking at online, it’s time for a technical upgrade, we are dreadfully behind other jurisdictions.

If I can turn myself into a dog on Snapchat, real-time online traffic displays should be accurate and clear.

Maybe it’s time to consider allow right turns on red lights outside of the downtown core. Anything that saves a few seconds for each driver is a Godsend and will trickle down the line.

The city has to ban trash and recycling pickups during rush hours, the roads are garbage enough as it is.

If the City of Montreal is going to put us through this, without a definitive end in sight, at the very least offer motorists the means to see how bad traffic will be before we’re bumper-to-bumper, uttering swear words we didn’t even know existed, and honking louder than a goose in heat.

Traffic in Montreal is horrendous, plain and simple. Now that November is upon us, it means we’re about to see a whole lot more ‘blanc,’ and that means traffic won’t be getting any easier.

Is anyone selling cross-country skis?