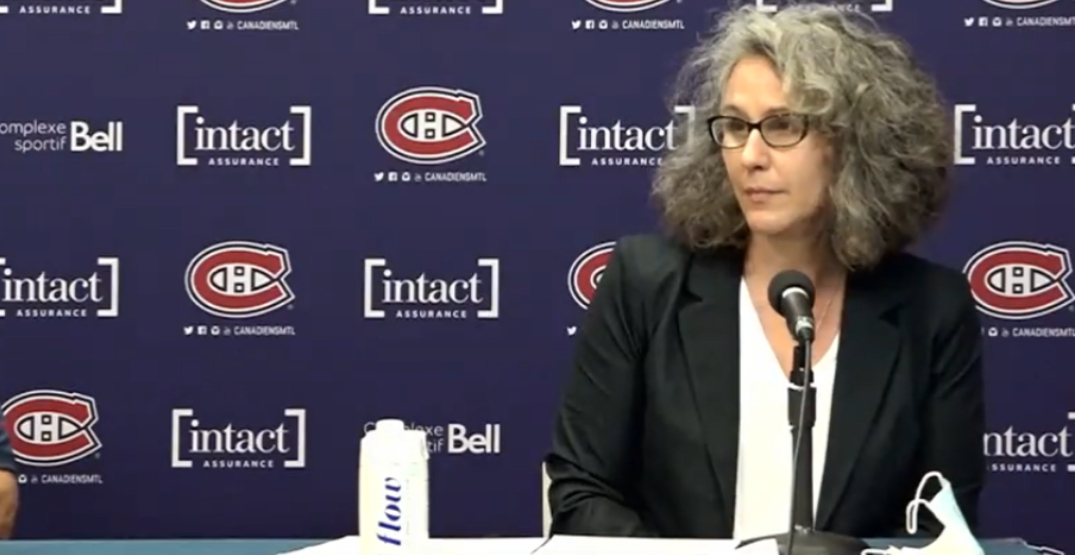 On Wednesday morning, Montreal Canadiens parent company Groupe CH presented the details and objectives of its Respect and Consent Action Plan in a press conference.

The team’s vice president of community engagement, Geneviève Paquette, took questions about the initiative that aims to raise awareness about the serious consequences of sexual cyberviolence.

According to Paquette, the plan begins with a $1 million investment fund that will focus on the “internal environment of Groupe CH as well as the external and community environment.”

Initiatives within the Habs’ hockey operations department are also underway. The goal is to hire more women in key positions.

The details and objectives regarding the Groupe CH Respect and Consent action plan were presented today.https://t.co/ooRihRsR1z

“In Logan’s actions and his path to being educated, he will be doing some volunteer work,” she explained, adding that “it was not recommended that Logan speaks to other kids, youth or groups about what happened.”

Mailloux, who was infamously drafted by the Canadiens on July 23 despite requesting no team select him, was fined by Swedish authorities last year after pleading guilty to charges related to sharing a photo of a woman performing a sexual act.

“He needs to have his own journey – his own credibility – to talk about this. We need to make sure that when he speaks up about what happened and why he did it, he needs to complete his journey as a person.”

On September 2, the Ontario Hockey League suspended Mailloux from the league indefinitely for violating expectations for appropriate conduct by a player. He was also not invited to attend the Canadiens rookie camp.

He will be eligible for reinstatement to the OHL on January 1, 2022.