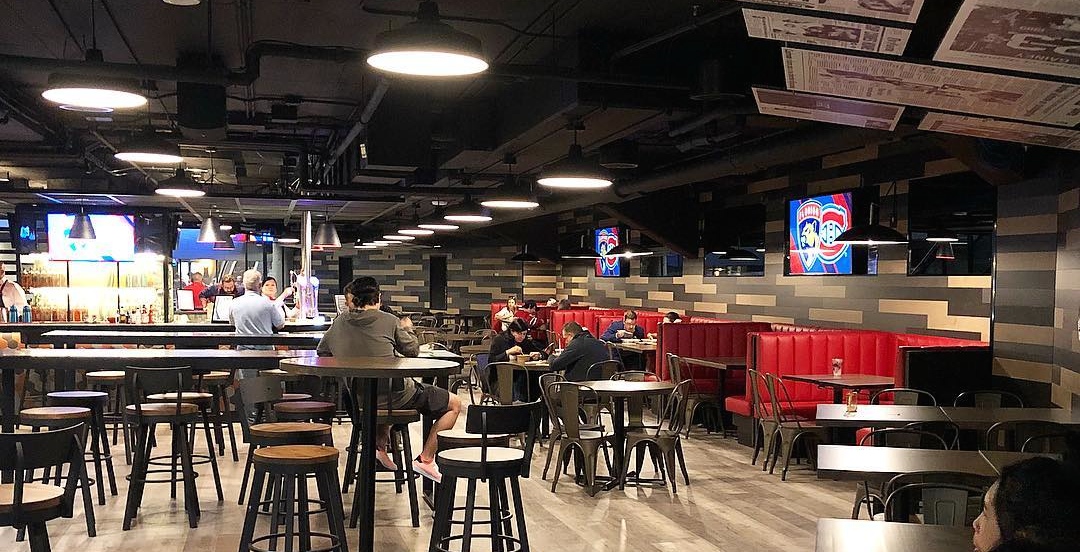 Drinking and dining options at the Bell Centre have gotten a major upgrade. The home of the historic Montreal Canadiens has upped their food offering game since being known for its classic Forum-style hot dogs, salty pretzels and way too expensive draft beer.

You can’t be an iconic NHL franchise without offering some serious grub and drink options.

The new food hall and lounge, M2 Marché, is comprised of eight counters and restaurants that includes tacos, burgers, poke bowls, fresh pasta, designer poutines and 16 craft beers on tap, cocktails and wine by the glass.

As opposed to the Bell Centre’s current concession stands that keep everything on a hot plate, food at the M2 Marché will be cooked to order.

Historically, concession grub at the Bell Centre has been rather uninspiring. Coupled with bloated prices, and limited beer options (Molson products) guests at the arena have found more valuable (and tastier) options for both food and drink outside of the Bell Centre.

As part of the Canadiens’ $18 million food court upgrade, they’ve also unveiled a new lounge called The Mythik. The spot holds 250 seats and an additional 400 space of standing room. The lounge is only open to season-ticket holders for hockey games and the public can use it for concerts and events by reservation only. 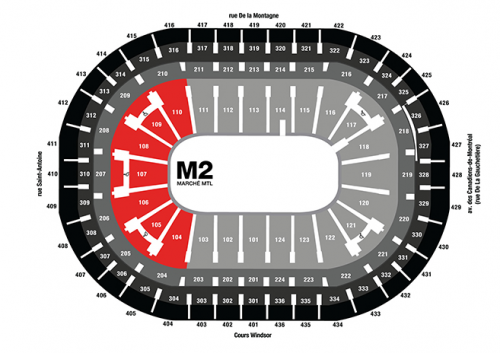 Both Marché M2 and Mythik are open from 5 pm on game days or concert nights and you need your ticket for proof of admission.