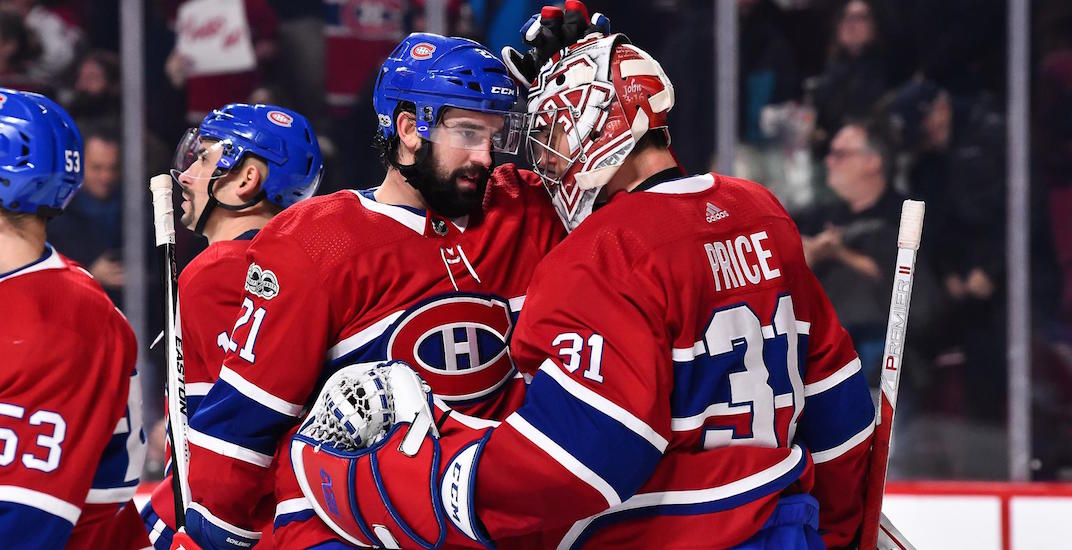 The Canadiens had a snakebitten year where nothing went their way. Let’s leave it in the rearview mirror and focus on optimism going forward. That Molson glass looks half-full to me.

All is not lost.

The Canadiens stumbled to a 29-40-13 record in a year where they were expected to at least contend for a playoff spot. Fans can blame the lackluster 2017-18 campaign on injuries, the front office, or depth deficiency but there are still plenty of reasons to be a happy Habs fan going into the offseason.

Habs fans needn’t wait long for their first taste of optimism with the draft lottery just days away.

At 9.5% – the Montreal Canadiens have the fourth best odds of nabbing this year’s first overall pick and a 28.8% chance of drafting in the top three.

This year’s draft is deep and loaded with young talent. Names like Rasmus Dahlin, Andrei Svechnikov, Filip Zadina and Brady Tkachuk will immediately start circulating around Montreal and trigger conversations of which poutine joints they may favour. We’ll find out on April 28th in Toronto.

When the actual NHL Entry Draft kicks off on June 22nd in Dallas, Habs fans have encouraging picks in the later rounds as well. They’re the only team in the NHL with four second round picks and three more fourth round picks.

It was refreshing to see the Montreal Canadiens deploy some of their youthful artillery at trying times during this past season.

Their trio of 22-year-old forwards showed plenty of promise.

Young @nikscherbak is making the most of his time with the @CanadiensMTL. He extends the lead in the second. #NYIvsMTL pic.twitter.com/s95LxZTYW3

Arguably the brightest spot of the dark season was the development on the Habs blueline thanks to 19-year-old Victor Mete and 20-year-old Noah Juulsen. Mete meshed well with Shea Weber as a top tier defenseman and Juulsen showed impressive maturity and talent when matched against opposing team’s top lines.

Let’s not forget about the Canadiens signing Jake Evans to a two-year contract. The NCAA all-star netted 13 goals and 33 apples in 40 games for the University of Notre Dame. He’s got the potential to become an absolute gem of a sleeper draft pick.

The Evans signing is a good start to the youth movement and our stockpile of 22-year-olds gaining experience is encouraging. Look for these young guns to be prominent staples in the future of the Montreal Canadiens

Montreal was pleased to see a confident Alex Galchenyuk rack up 19 goals and 32 assists this past season. The positional debate of whether he’s a centreman or not was put to rest early in the season and Chucky responded by looking poised and talented, solely as a left winger.

After back-to-back injury plagued seasons, Brendan Gallagher returned to form in 2017-18 and posted career highs in goals (31) and assists (23). He led the team in shots with 278, was constantly physical and thrives as a pest. He lives in the opposing slot and has a knack for getting under rival player’s skin. Gallagher deserves to be rewarded as the Canadiens’ best player this season.

Having both Gallagher and Galchenyuk appear in every Habs game this season is a very promising sign moving forward. When these guys are healthy, our lineup becomes so much stronger.

Everyone in Montreal wants John Tavares. The problem is – everyone in the NHL does too. He’s 27 years-old, is a bona fide superstar and best of all; he’s a dominant centre. He’s a perfect fit. Watching the Canadiens chase Tavares this offseason is going to be loads of fun by itself.

The Habs have roughly $13 million in cap space available in 2018-19 and the front office’s plight to polish up the roster is going to be entertaining.

Here’s hoping the Habs target Paul Stastny. He’s a reliable two-way centre and has strong ties to his home province. His father Peter, was a prolific goal scorer with the Quebec Nordiques.

Besides, “Stastny” means “happy” in Czech – the deal practically signs itself.

The good news: Drouin is a fantastic hockey player who fits in nicely surrounded by a bevy of 22-year-old Canadiens like himself.

He deserves a lot of credit for being forced into a position he didn’t want to play. If the Canadiens can skate Drouin alongside an able, natural centre – watch for Drouin to really thrive and unleash his raw, enormous potential.

Keep your heads up Habs fans. We have the best goalie in the world locked up for a decade and a defenceman with a National treasure of a clapper in Shea Weber. With the youth movement on the rise and some tinkering – it could be an entertaining summer as a Habs fan.

Here’s hoping the worst is behind us.