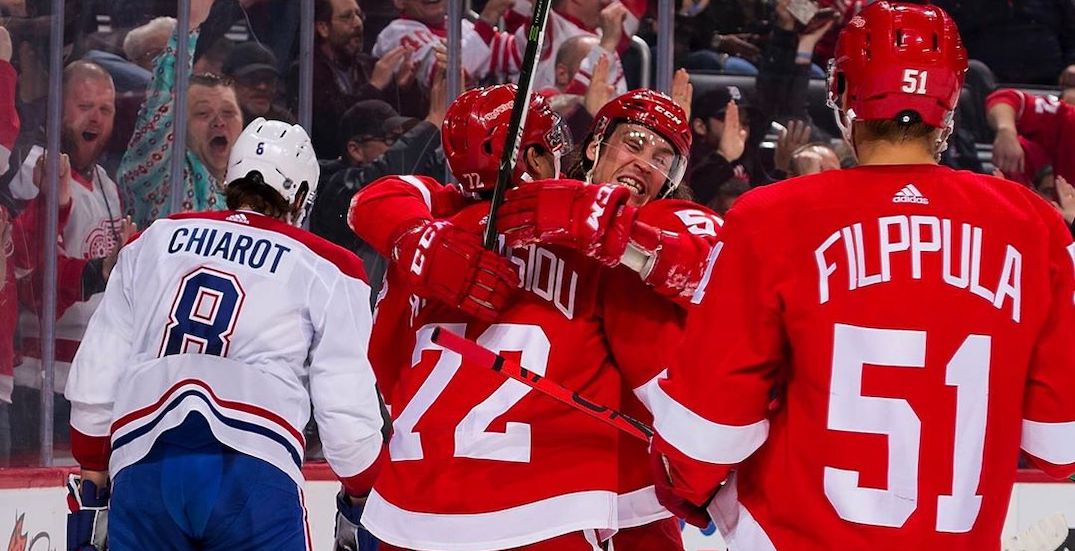 Montreal Canadiens fans are voicing their displeasure on Twitter after getting swept in a four-game season series at the hands of the Detroit Red Wings, the team with the fewest points in the entire league.

The Red Wings’ win was only their 15th of the season, meaning over 25% of their wins this year have come against Montreal.

It’s also the first time in franchise history that the Detroit Red Wings have swept the Montreal Canadiens in a season series — Ouch.

Hoping the speedy return of captain Shea Weber would give the Habs a much-needed spark, the Canadiens turned a third period 3-1 lead into a rough 4-3 loss at Little Caesars Arena.

Though not yet mathematically eliminated (1.1% chance), the reality of the Canadiens making the playoffs this year is fanciful. As a result of the Habs latest loss, angry fans took to social media and turned #FIREJULIEN into a trend.

If you’re part of said angry mob, here’s hoping some of these GIFs will make you smile at the Canadiens for the first time in what feels like a long time.

Remember when Bergevin was the greatest French thing since the toast? Now he has single handedly ruined the #Habs and people out there still believe in him! He has never had a viable “plan” and never will. #firebergevin #FIREJULIEN #disgrace

Fire everyone, trade everyone.

Geez, I woke up to the #FIREJULIEN hashtag and haven’t even had my coffee yet. pic.twitter.com/R8HKJ7oQBu

I think this is so unacceptable. They need to pack their shit. #FIREJULIEN #firebergevin

@CanadiensMTL seriously, it’s time for a coaching change. #FIREJULIEN there’s got to a better “Bilingual” Coach out there!