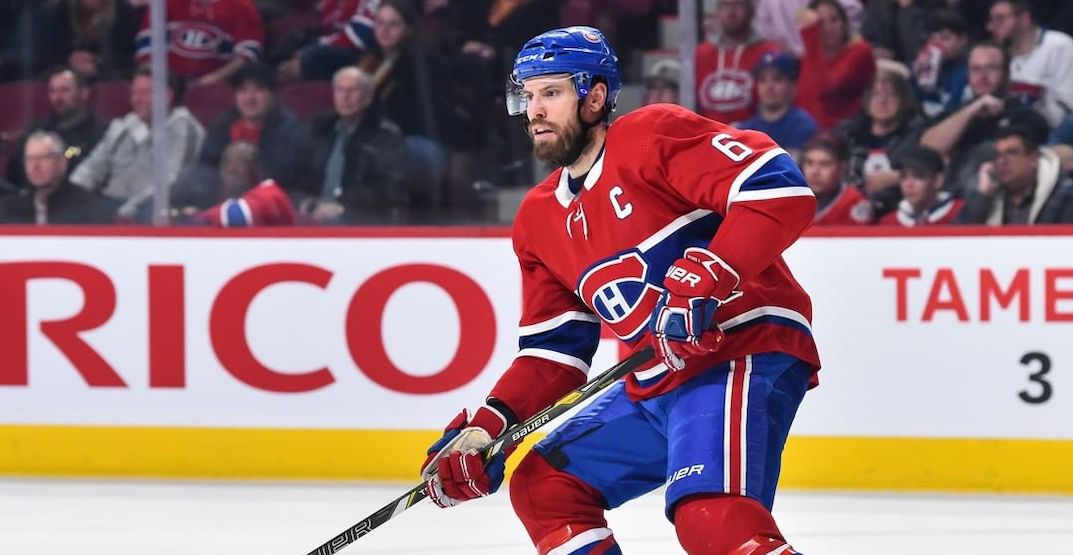 After suffering an injury during a game in New Jersey on February 4, Montreal Canadiens captain Shea Weber was expected to miss 4 to 6 weeks.

However, the 34-year-old was practicing at the Habs Bell Sports Complex in Brossard this morning and coach Claude Julien announced that the defenseman “could be in the lineup” for tomorrow’s game in Detroit.

Weber’s season has netted him an all-star appearance and he has 13 goals and 21 assists through 55 games so far this season.

“The injury is never good news, but I think the fact that it’s looking much better than maybe everybody was fearing is what’s part of the good news,” said Julien, last week. Weber was paired with Ben Chiarot during this morning’s practice, making tomorrow’s return seem all the more likely.

Claude Julien says that Shea Weber and Paul Byron could be in the lineup for tomorrow’s game.#GoHabsGo

Canadiens fans were quick to react the news through a combination of being surprised, confused, and happy about the potential speedy return of their all-star captain.

Habs fans dealt with the news the best way the Internet knows how; through the use of memes and GIFs.

With or without Weber, the Canadiens take on the Red Wings tomorrow at 7:30 pm in Detroit.

What? Is Weber magically healed? I thought it was 4-6 Weeks? ..or is there more that we don’t know. pic.twitter.com/Uu9X3j9UEl

To all the insiders: pic.twitter.com/wh2uH4mwUQ

That was a fast 4-6 weeks pic.twitter.com/8CRzPX0kdp

Habs: Shea Weber will be out 4-6 weeks

Shea Weber after Kypreos declared his career was in jeopardy pic.twitter.com/0R7g0U6V9q

Wasn’t this man dead like 3 days ago, such a strange situation

But I thought his career was over 😂 pic.twitter.com/GL442vyj4l