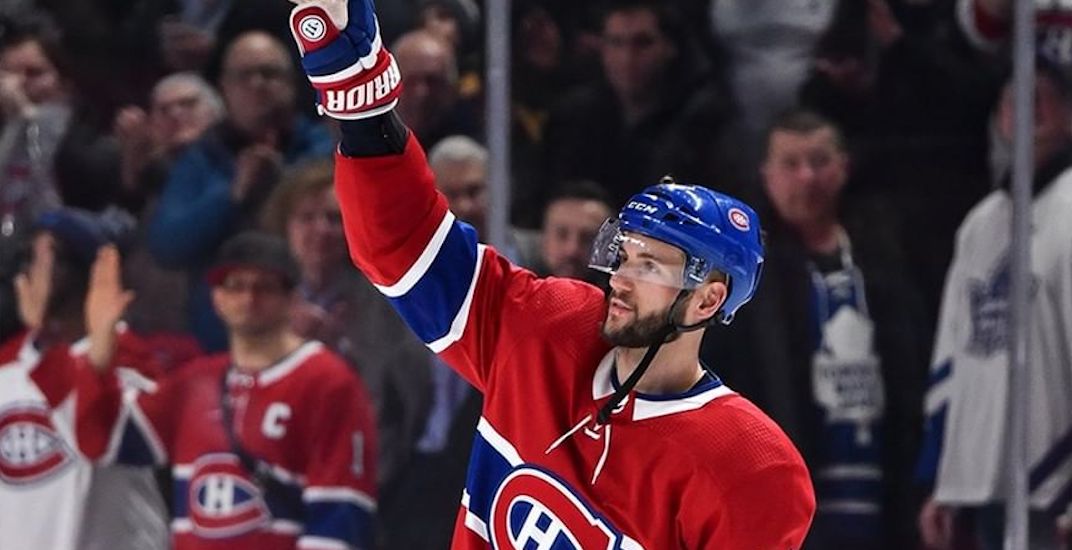 Thanks for coming, Marco Scandella.

The Montreal Canadiens have traded the 29-year-old defenceman to the St Louis Blues, in exchange for a 2020 second-round draft pick plus a conditional 2021 fourth-rounder.

The Canadiens have acquired St. Louis’ second-round pick in the 2020 NHL Draft (and a conditional fourth-round pick in 2021), in exchange for defenseman Marco Scandella.#GoHabsGohttps://t.co/7ZqALTfebc

The Canadiens will reportedly retain 50% of Scandella’s $2 million salary (pro-rated) as part of the deal. Scandella is scheduled to become an unrestricted free agent on July 1.

The condition on the fourth-round pick is outlined by TSN’s Pierre LeBrun below:

Scandella, who was acquired on January 2 from the Buffalo Sabres, played just 20 games with the Canadiens.

The move is a nice piece of asset management from Canadiens GM Marc Bergevin, who bought low and sold high on the Montreal native, as he only gave up a fourth-round pick to get Scandella in the first place.

This could be the first of a few moves the Habs make before Monday’s trade deadline, as Montreal is a distant nine points back of a playoff spot. All eyes will be on Ilya Kovalchuk, who should garner interest from a contender looking to boost their scoring.

It should be an eventful NHL Draft for the Canadiens, when they host the annual event this June.

5 of those picks are in the first three rounds