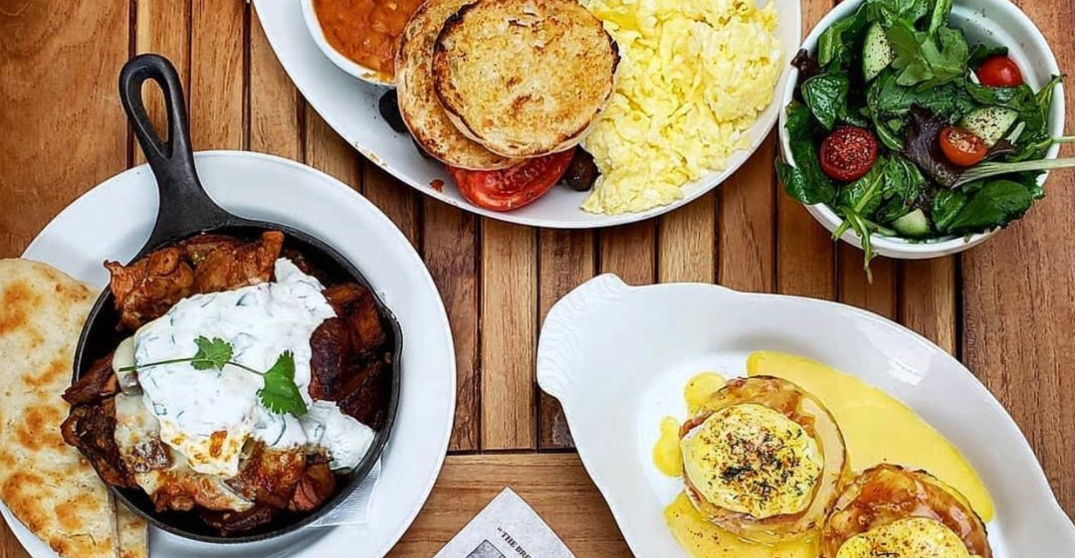 When it comes to mealtime hybrids, nothing quite compares to brunch. A lunch-dinner hybrid, linner, doesn’t have an appealing ring to it, and dunch doesn’t sound very appetizing. Breakfinner, a meal between dinner and breakfast, could work, though…

For now, it seems like Montrealers really dig brunch.

According to a new study from Money.co.uk, a UK-based credit broker, Montreal has been ranked as the top brunch spot in Canada and the 8th best in the world.

“The heavenly combination of breakfast and lunch, known fondly around the world as ‘brunch,’ is a phenomenon that has risen in popularity over the years,” says the study. “It’s become an event, with iterations of the meal popping up in countless restaurants, all with their own unique selling point.”

In ranking the best brunch spots around the world, Money.co.uk gathered data for brunch search volume figures and trends, the number of restaurants serving brunch compared to other meals in a city, and studied Tripadvisor review and ratings for cities all over the world.

The study then combined the findings and gave each city a “delicious index” score, based out of 100. 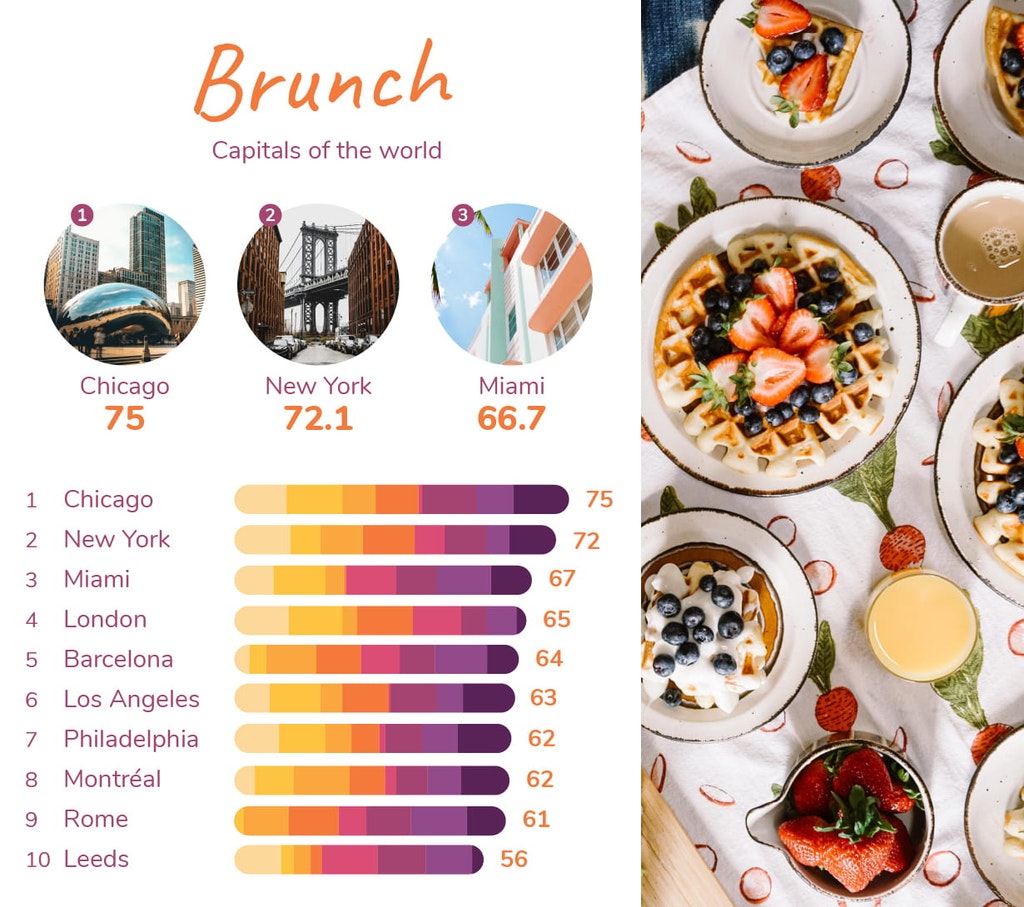 Chicago took home the top spot for brunch city around the world, according to the ranking, with a tasty score of 75. Montreal’s brunch score of 62 placed it 8th overall.

“Montreal is carrying Canada’s brunch game on its back,” says the study. Over the past year, the search volume for “best brunch in Montreal” has increased by a staggering 1,588%, showing that “Montrealers are big fans of two meals combined.”

According to Money.co.uk, 11,95% of Montreal’s restaurants serve brunch with 53.32% of their reviews as “excellent.”

The study also found that Montreal has the highest demand for bottomless brunch in the world, with demand increasing by 1,730% over the past 12 months. 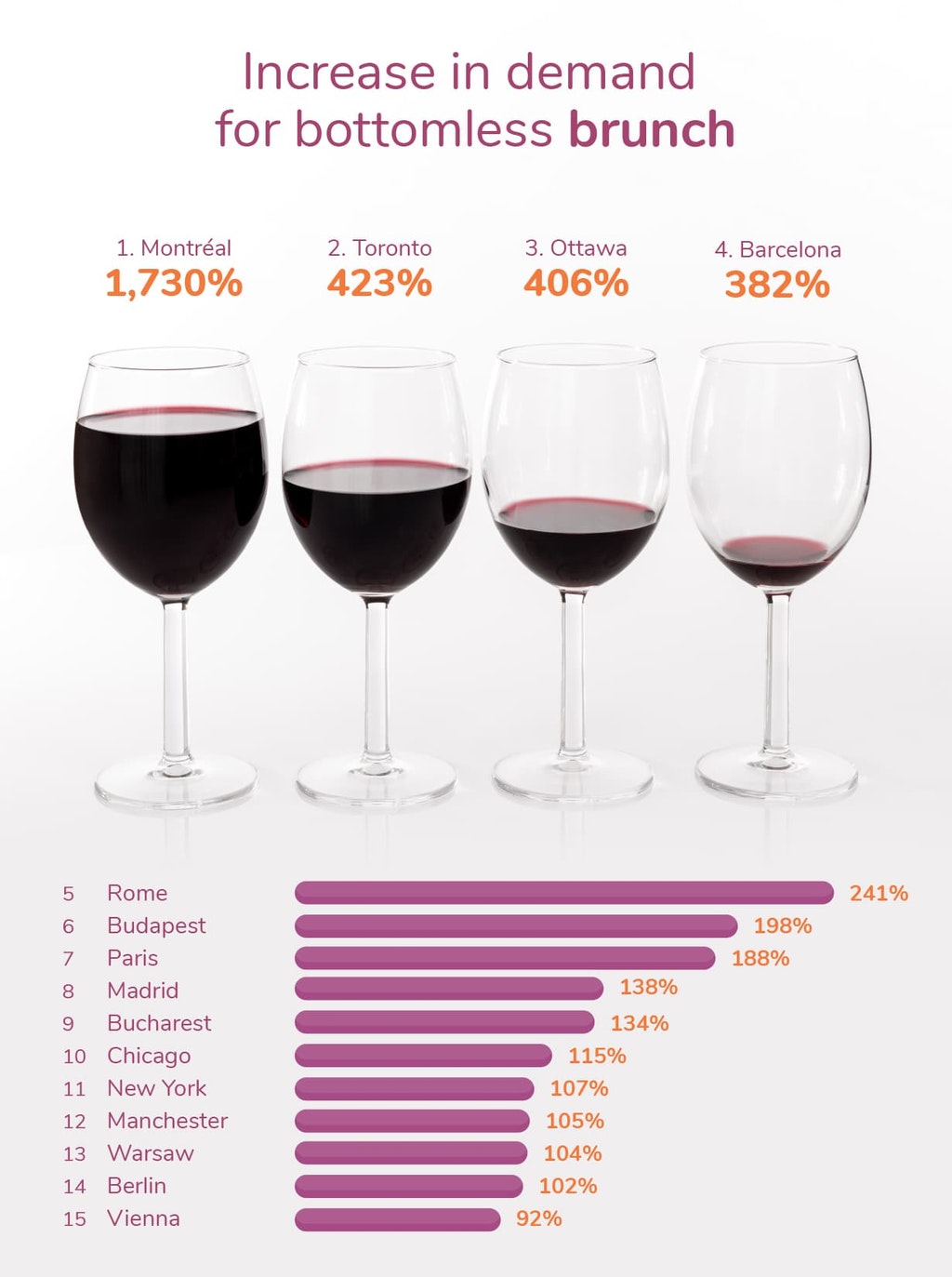 Who else is hungry for brunch? We know a few good spots…