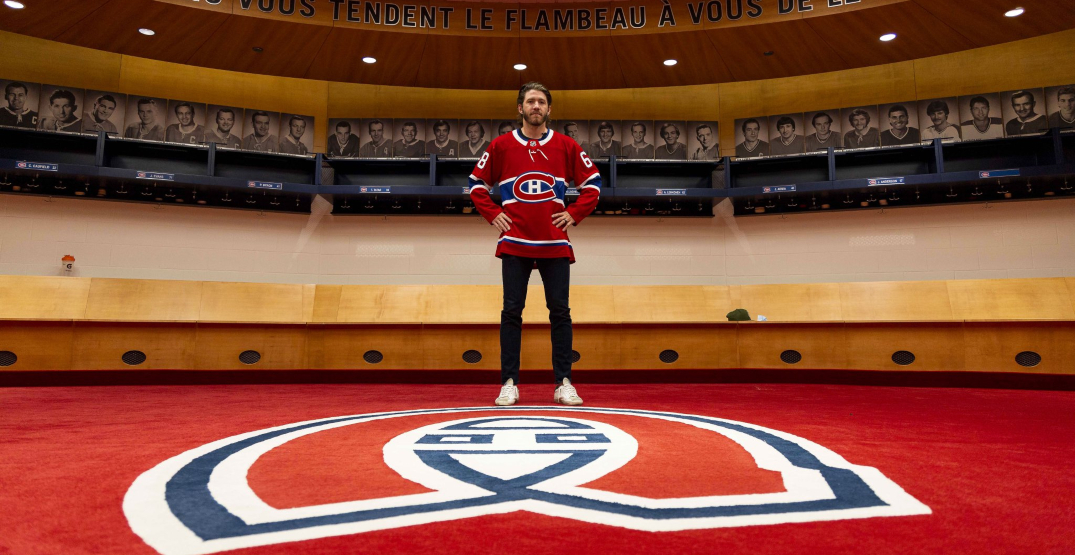 After going winless in their first three games of the 2021-2022 season and only registering one goal per match, respectively, the Montreal Canadiens are in desperate need of some offence.

Tonight, forward Mike Hoffman, who hopes he can help get their red light flashing and turn things around, will make his debut with the club.

Hoffman, one of Montreal’s biggest offseason acquisitions, suffered a lower-body injury during the preseason, which has kept him out of the lineup until now. The 31-year-old took part in Tuesday’s morning skate in Brossard and was later cleared to play.

Dominique Ducharme says that Jake Evans and Mathieu Perreault will not dress against San Jose. Adam Brooks and Mike Hoffman will be in the lineup.

After losing offensive pieces like Tomas Tatar and Philip Danault following the team’s run to the Stanley Cup Finals, the Canadiens signed Hoffman, a five-time 25-goal scorer, to a $13.5-million contract back in July.

Last season Hoffman scored 36 points in 52 games with the St. Louis Blues. Over his career, the Kitchener, Ontario, native has amassed 395 points in 545 career games with Ottawa, Florida, and St. Louis.

The Habs will likely use his ability on their powerplay, which has yet to produce a goal this year.

Along with Hoffman, former Toronto Maple Leaf Adam Brooks will also make his debut with Montreal tonight. The 25-year-old forward was claimed on waivers by Montreal on October 11.

Here are the projected offensive lines for tonight’s game against the San Jose Sharks.