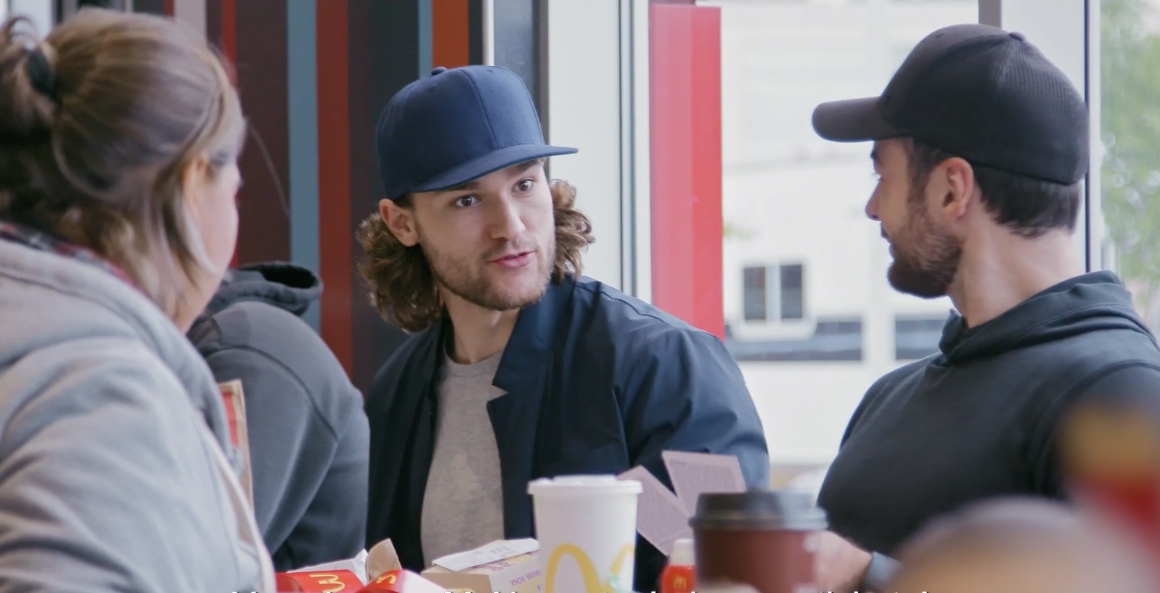 Decked out in street clothes, an unrecognized Jonathan Drouin (how does the mullet not give it away?) visited a Quebec McDonald’s and asked customers to share their McNuggets with him, without introducing himself.

The promotion is part of McDonald’s Canada’s “McPlayer campaign” and Drouin is the face of this year’s edition.

According to a press release, the campaign focuses on one of the most shareable menu items: Chicken McNuggets and Spicy Buffalo sauce.

In line with the campaign’s premise that “good things happen when you share,” guests who agreed to share their McNuggets with the Habs forward were gifted with a pair of box seats to a Canadiens home game.

The Quebec-native did a good job at keeping a low profile and scored a couple of free McNuggets:

“The partnership between McDonald’s and the Montreal Canadiens has been strong and true for over 25 years,” said Chuck Coolen, McDonald’s Senior Marketing Manager, Eastern Canada. ”We wanted to offer brand fans – both Habs and McDonald’s alike – a unique experience to combine their love of McNuggets and hockey and turn it into a once-in-a-lifetime moment that could ultimately land them in the box at the Bell Centre.”

According to McDonald’s, 30 tickets were given away this year to lucky (and generous) guests.

The Spicy Buffalo McNugget dipping sauce is offered for a limited time until January 3, 2019, at participating McDonald’s restaurants.

Keep your heads up and your eyes on your McNuggets.