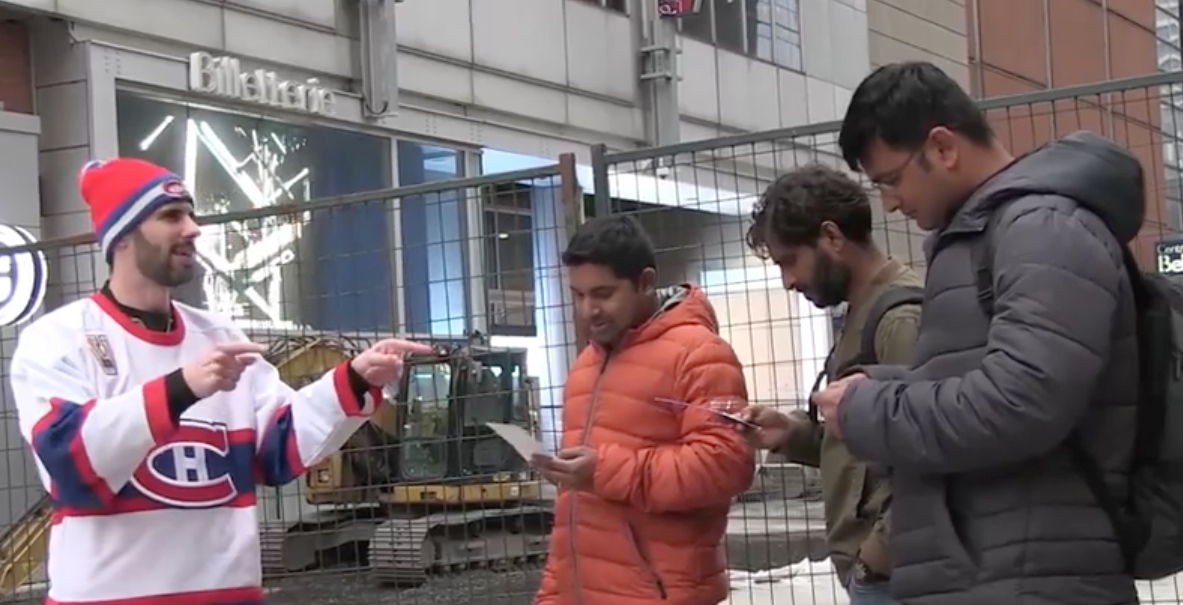 It takes a lot of pride to be a fan in the fiercest rivalry in hockey. It also takes a lot of bravery to be a comedian. In Adam Susser’s case, he has both. The Montreal comedian set up outside the Bell Centre on October 3 and tried selling Toronto Maple Leafs home opener tickets – to Montrealers.

In a segment called ‘This is Serious‘ the local funnyman was back at it, this time, trying to persuade passersby to buy tickets off of him for the Maple Leafs and Canadiens season opener that was mere hours away, in Toronto.

Decked out in Habs gear, Susser tried hustling his tickets in the hopes someone would literally buy his bait and make an impromptu trek to Canada’s biggest city.

He pushed deals, Denny’s restaurant, skipping school and joked “you can smoke in the ACC” to lure people into his trap. He claimed it would still even be worth it to make the drive and catch the third period.

He may not have been successful in dishing off his tickets, but the comedian turned it into a pretty funny video, even dipping as low as $90, to no avail.

It could have been the five and a half hour drive, but here’s hoping Montrealers didn’t take the bait because their allegiance lays here in Montreal with the Canadiens.