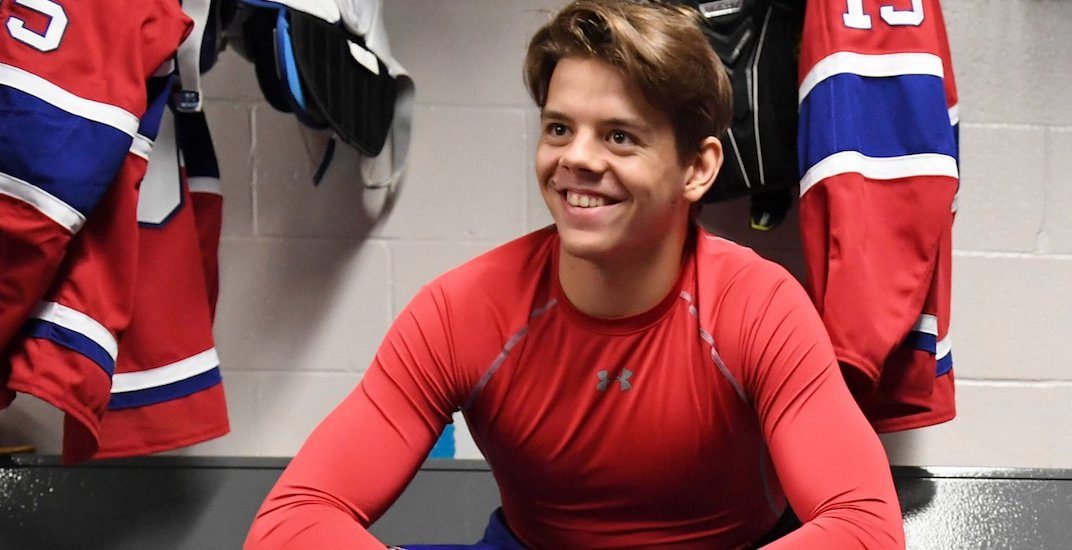 It was a summer full of drama for the Montreal Canadiens.

Management’s feud with maligned players Max Pacioretty and Alex Galchenyuk culminated to offseason blockbuster trades that are sure to change the dynamic of the team heading into this season.

In all, the Canadiens brought in six new players by virtue of three trades, two free-agent signings, and the third overall pick at the draft.

With the controversies squashed and the dust settled, let’s meet the latest additions to Montreal.

Marc Bergevin was heavily criticized for trading former 30-goal scorer Alex Galchenyuk for a player who has just 36 career goals through more than 200 NHL games in Max Domi.

The fault in this condemnation is that Domi’s job isn’t to score goals but rather set his teammates up for chances of their own – an assertion that bears itself out when looking at assist totals.

Since entering the league during the 2015-16 season, Domi’s finished ninth in the NHL for generating primary assists per hour at five-on-five.

Couple that playmaking acumen with his gritty edge and you’ve got a bonafide top-six forward that should endear himself to fans quite quickly.

After spending nine seasons with the Red Wings organization, Tomas Tatar was flipped twice within a matter of mere months.

Much like Pacioretty, the player whom he was traded for, Tatar comes off a down season in which he scored just 34 points in 82 games.

The pressure’s certainly on the two-way winger to produce as he still has three more years left at an annual average value of $5.3 million.

Acquired as a reward for taking on the contract of Steve Mason, Joel Armia was a pivotal bottom-six forward for the Winnipeg Jets during this spring’s playoff run.

The rugged right winger registered 29 points during the regular season while keeping his team in the black for on-ice shot and goal shares alike despite a high ratio of defensive zone starts.

Perhaps most impressive is that Armia managed to produce as much offence as he did in spite of the fact that he averaged less than 10 minutes per game of time-on-ice at five-on-five. This limited role was no fault of his own – the Jets are simply loaded with prolific top-9 scorers that make it near impossible for other forwards to take on larger workloads.

In Montreal, the 25-year-old will surely be given an extended opportunity to solidify himself as a middle-six winger.

First game in a Habs uniform for these guys. #GoHabsGo pic.twitter.com/pQzH0y8HMm

Defenceman Xavier Ouellet was signed by the Canadiens on July 1st after being bought out by the Detroit Red Wings just a week prior.

Detroit bought the 25-year-old out as they wanted to give a couple of their young prospects NHL opportunities. With other veterans like Niklas Kronwall and Jonathan Ericsson on immovable contracts, Ouelett was the odd man out.

Don’t let his expulsion from Detroit fool you though, Ouelett is a defensively-sound bottom-pairing defenceman who can move the puck.

That's one way to get coach's attention in your Habs debut. 🚨#GoHabsGo pic.twitter.com/4qx26qGFMm

If there’s one thing we learned from the success of the Vegas Golden Knights, it’s that some players just need a fair opportunity to shine.

With Matthew Peca, the Canadiens are hoping they’ve found the next undervalued player poised for a breakout.

Buried behind Steven Stamkos, Brayden Point and Tyler Johnson in Tampa Bay, the 25-year-old centre scored five points in just 10 games. The 5-foot-8 Peca will be hoping to carve out a full-time bottom-six role using his speed, playmaking skills and two-way plaudits.

The third-overall draft pick from this year’s draft, Jesperi Kotkaniemi surprised some by earning a spot on the Canadiens out of training camp. At just 18 years old, he represents hope for a franchise looking to build for the future.