The intimate 60-seater restaurant is a cross between an English pub and a Parisian bistro, according to the restaurant’s press release.

The word “cantine” comes from the Italian word, cantina, meaning cave or seller, and from the French word, canton, for corner.

Les Enfants Terribles – Cantine will represent a space where food and the environment alike are comforting.

The Cantine will offer the classic brasserie menu like its sister locations as well as gourmet bowls, burgers, a signature cocktail menu, a new line of teas, chocolates and ready-to-eat take-out meals. 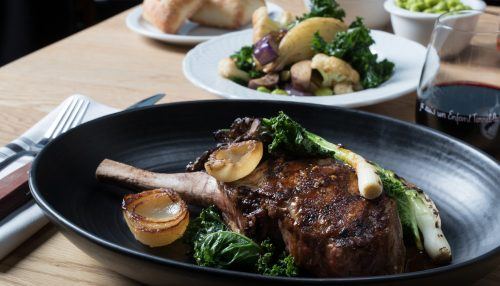 “It’s a bit like an extension of home. A space where you know you’ll run into friends and where you can stop to eat, have a chat and fetch some goods to take home with you” says Francine Brûlé, founder and co-owner.

To celebrate its opening, the newest location of the franchise is celebrating in the second edition of the Golden Restaurant Week, from today until September 23.

Brasserie Les Enfants Terribles first opened in 2008 in Outremont, fusing Quebecois comfort foods with seasonal local products and rustic decor. In 2013, a second location opened on Nun’s Island, followed by another one in Laval and the Sommet Place Ville Marie in 2017.