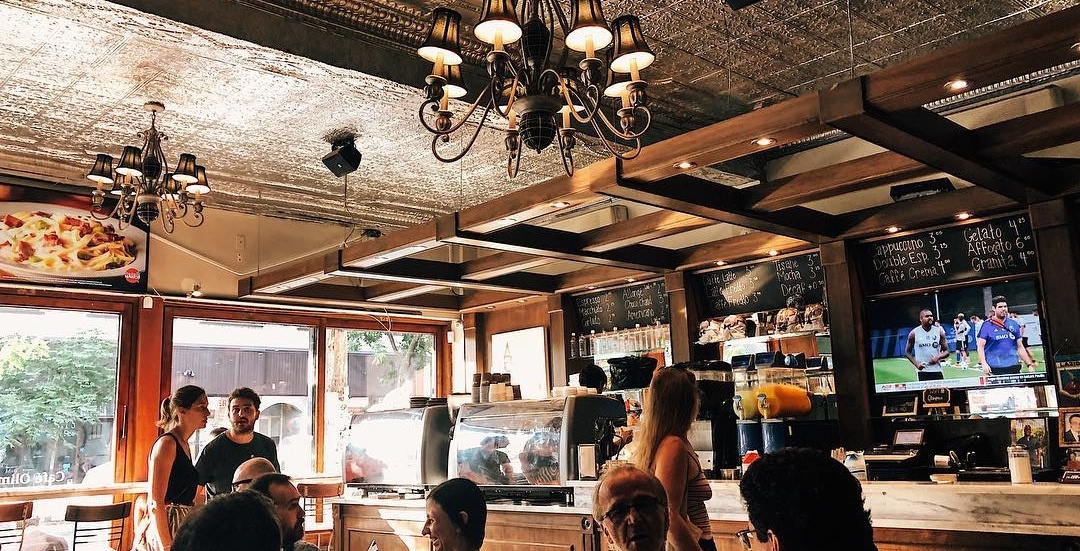 Montreal has great coffee, there’s no denying. And, if you don’t agree, you simply haven’t explored our city’s vast collection of spectacular cafes.

Author Chris Moss of England’s The Telegraph, however, decided to go bigger than just cities as he tackled coffees on a global scale when he published his list of the “50 greatest cafes on Earth,” which includes coffee shops on every continent.

With that said, it was rewarding to see that Montreal’s famous Cafe Olimpico made the list, one of only two Canadian cafes to make his global ranking (the other is Vancouver’s Ovaltine Cafe).

Nestled in the heart of the ever-popular Mile End district, Cafe Olimpico is one of Montreal’s best-kept secrets. In a city known for its fondness for good food and drink, Olimpico stands out, serving a selection of delicious coffee, espresso drinks and Italian pastries.

That’s what makes Cafe Olimpico great, it’s a traditional coffee shop that doesn’t over complicate their menu or environment. The quaint shop serves coffee and does it well enough to earn global recognition.