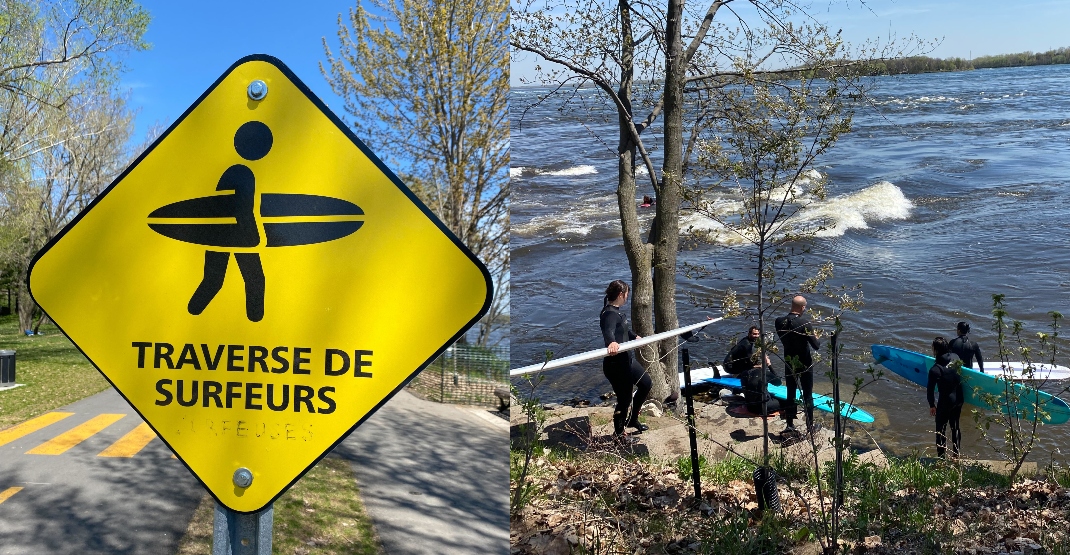 Along LaSalle’s long stretch of the Saint-Lawrence River, within Parc des Rapides, lies a small area laden with wet suits, surfboards, and good vibes. Hundreds, if not thousands, of locals and out-of-towners, flock to it every year.

The popularity of the spot, nicknamed the “Vague à Guy,” stems from a natural phenomenon in the water. A U-shaped rock formation near the shore creates an accessible and steady infinite wave optimal for learning, practice, and mastering surfing. 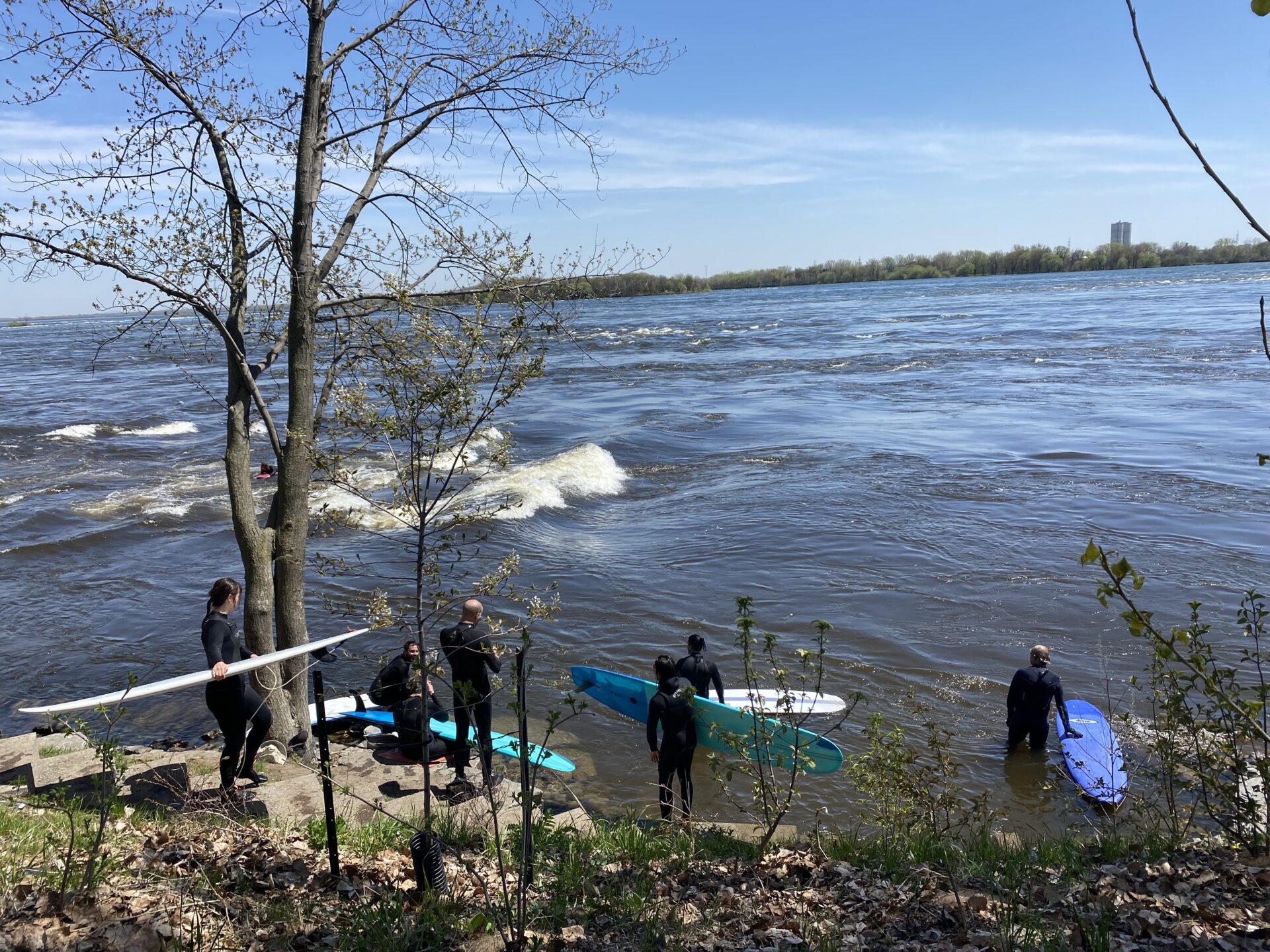 In recent years Vague à Guy’s popularity has grown substantially. As a result, the City of LaSalle has set up staircases for surfers to descend and ascend safely, along with barriers, signs, and changing cabins.

“The new development is amazing,” says Anne-Marie, who gets out on her board almost every day. “I’ve been coming here for three years. It’s also a great spot to get some sun and have a barbecue.”

Despite there only being one wave, the congregation of thrill seekers form a neat circuit, waiting patiently as they take turns. The space is shared among everyone as amateurs are often seen taking lessons nearby.

While the summer is the optimal time to ride the waves, passionate surfers like Anne-Marie have been known to get out on the water in the dead of winter in below-freezing temperatures. “The wet suit does a great job at keeping me warm. I’m almost never cold,” she explains after recounting the time she went out at -25°C.

And she’s not alone. Vague à Guy’s smooth waters attract people in the rain, shine, and even snow, apparently.

It’s certainly an intriguing hidden gem — for surfers and non-surfers alike — considering Montreal isn’t exactly California. But luckily, people don’t have to travel all the way to the Golden Coast to catch a nice wave.