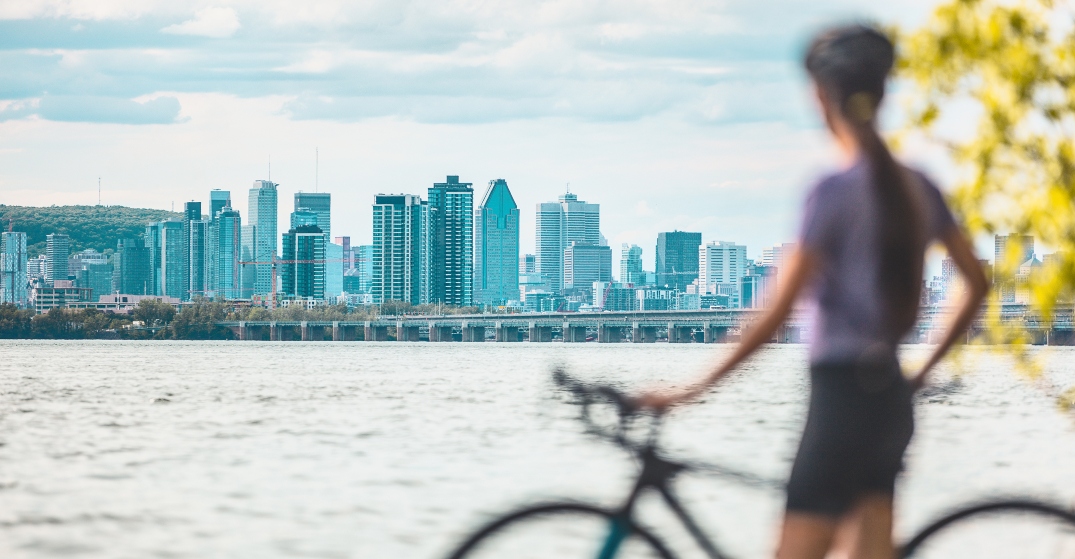 Nothing quite beats exploring the urban jungle of Montreal by bicycle.

As the weather starts to heat up, the allure of Montreal’s 350+ kilometres of bike paths becomes more and more appealing.

If you’re looking for uphill treks, smooth paths, bike-side views, or a little bit of everything, here are some of the most beautiful routes to tackle on your bicycle this May.

Probably Montreal’s most popular path, the de Maisonneuve path weaves through most of the downtown core and connects NDG to Westmount and the Centre-Ville.

The relatively straight path is loaded with BIXI docks, nearby restaurants, and cafes, and parts of the path are separated from traffic, giving riders exclusive biking lanes. If you’re looking to soak up the urbanized core of Montreal on two wheels, it’s tough to top Maisonneuve.

As its name implies, this 21-click path treks through the banks of the majestic St. Lawrence River and connects Lachine, Verdun, and Lasalle.

The route ends at the Atwater Market, a perfect finish line where cyclists can scarf back some refreshments, and food, or get their bicycles touched up at the nearby bike shop.

As for the path, there are also nearby rest areas (picnic tables) along the entire route and as you hug the adjacent shoreline, soak up views of the river and the Lachine Rapids on a non-vehicular path.

Among the most scenic bike paths in the city is the Lachine Canal multipurpose path. It starts in the Old Port and runs for almost 15 kilometres along a still-functioning boat canal, past the Atwater Market, and all the way to the Musée plein air de Lachine in the west, a beautiful sculpture garden right on the river.

The Parc Jean-Drapeau is quite literally an island of its own. It has a well-maintained marked trail exclusively for cyclists that spans about 14 kilometres.

The path links PJD to Île des Soeurs, and the South Shore and is one of the rare spots where you can cross the Saint Lawrence River on your bike.

River views and an island all to yourself, what else do you need?

The ride is beautiful albeit a bit hilly. If you’re looking for a more leisurely ride, this one might not be for you.

Take a leisurely cycle through a few of Montreal’s most quaint (and hipster) neighbourhoods. Starting at Jean-Talon Market, grab some fresh veggies or just enjoy the free samples before heading south. Continue cycling through adorable Little Italy and then continue down through the Mile End. Spot hipsters in their natural habitat and be sure to stop at two of Montreal’s most famous bagel joints: Fairmount or St-Viateur.

The path from the island to the South Shore is equally rewarding, allowing cyclists to explore Ile Notre Dame, Saint-Lambert, and Brossard on a relatively flat terrain full of gorgeous views from off-island.