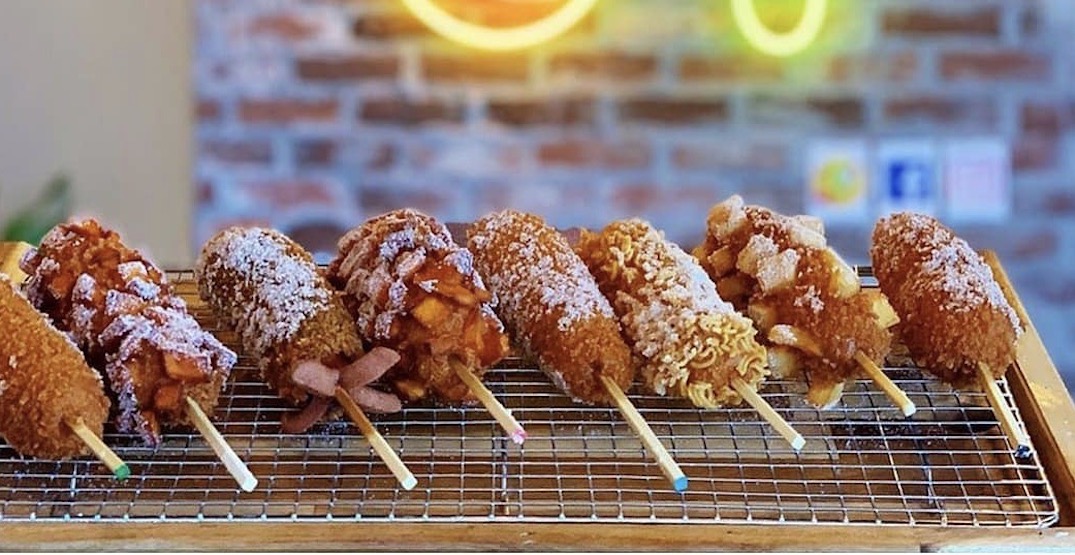 A globally renowned Korean rice hot dog spot has made its way to Montreal.

Chung Chun, which operates 200 branches in Korea, Australia, America, China, Japan, Malaysia, Indonesia, Vietnam, and the Philippines, has added downtown Montreal to its list of locations.

In mid-October, Chung Chun opened its first location in Vancouver, after having had tackled two locations in Ontario (Toronto and North York).

Chung Chun makes its hot dogs by wrapping them in rice flour batter. Then they’re generously coated in different toppings, including everything from diced potato to breadcrumbs to ramen chips.

They are then rolled in original toppings like fried ramen noodles, breadcrumbs and crispy potatoes and are served on a stick.

The company is advertising a dozen different varieties of Korean rice dogs, including flavours like squid ink cheese, chicken, and a jumbo one, to name a few.

Chung Chun hosts in-store pickups and is active on Uber Eats, Skip The Dishes, and DoorDash.