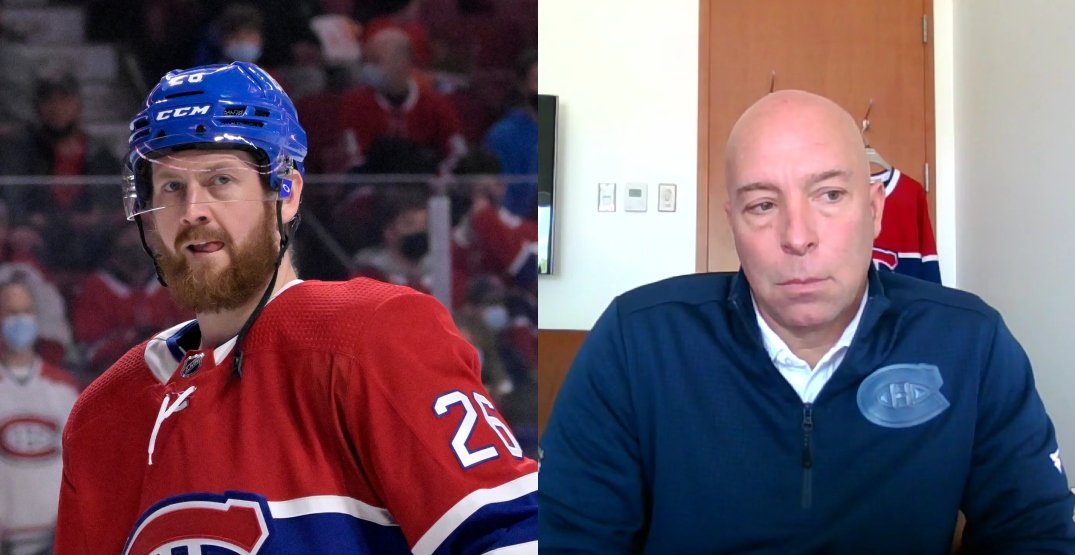 It would appear that a trade involving Jeff Petry may be in the works for the Montreal Canadiens.

On Thursday, general manager Kent Hughes told members of the media that the team is actively trying to deal the 34-year-old defenceman.

“We’re still working, talking with a few teams about Jeff Petry,” said Hughes. “It’s our priority – as long as the trade works for us.”

Hughes emphasized that Montreal is not willing to compromise by retaining some of the defenceman’s salary ($6.25 million cap hit) in a potential trade. “The thing we’re not looking for is to take on salary or give picks or prospects so another team can take Jeff Petry. Jeff Petry is a good defenceman. If we trade Jeff Petry, today or in the future, it must improve our team.”

Petry has played 508 of his 803 regular-season NHL games with the Habs. The Ann Arbor, Michigan, native famously asked to be traded last season after his wife decided to leave Montreal with their three children due to Quebec’s strict COVID-19 restrictions.

“We love him as a player,” said Hughes. “I think he loves everything about Montreal other than the complications from the family perspective.”

The 24-year-old, who has expressed some interest in coming to Montreal, is someone that fans have been speculating about over the past few days.

When asked if the Canadiens were willing to sign more free agents, Hughes insinuated that they may not be done yet, telling reporters, “There’s potential.”