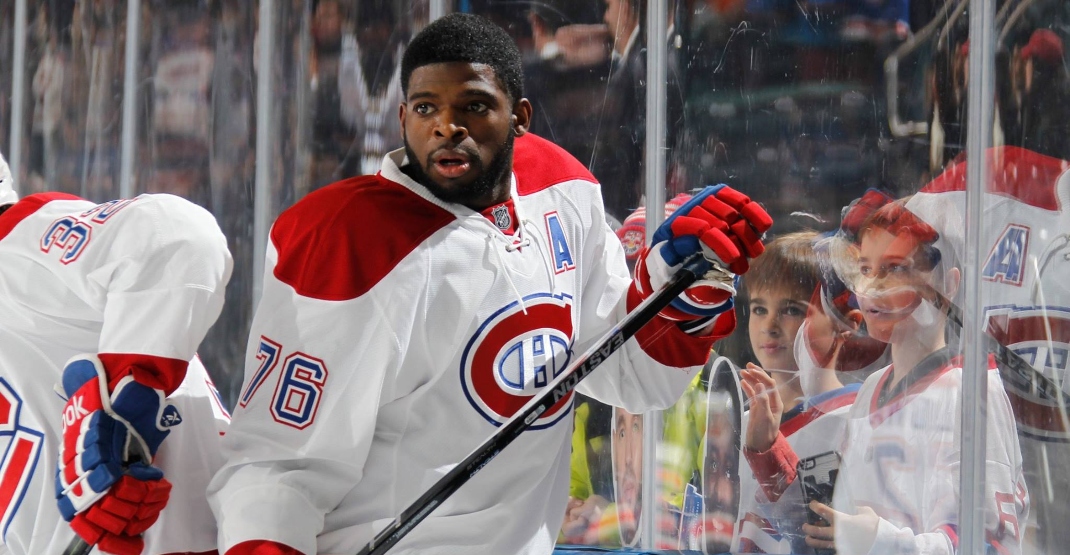 Now, Subban, who is playing out the last year of his current contract with the New Jersey Devils, is set to become an unrestricted free agent in the coming offseason.

Sure, he’s not the player he used to be, but if given the right opportunity, there’s no reason the Subbanator can’t rise to the occasion and match his former glory. And, there are more than a couple of reasons as to why now would be a good time to bring the 32-year-old fan favourite back to Montreal.

Here are a few:

Subban, who won the 2013 Norris Trophy as a member of the Habs, is currently on the last legs of a $9 million annual contract. While he’s still a decent top-four defenceman, his decrease in offensive production in recent years means he will almost certainly be taking a sizeable pay cut as a free agent this summer.

That means GM Kent Hughes will likely be able to snag Subban at a good price on a short-term contract. That way, if things don’t work out. Montreal can cut their losses and move on.

It was no secret that there was a problem between Subban and Montreal’s management team at the time. There were multiple documented altercations between certain players and former head coach Michel Therrien.

But since the player last donned the Tricolore, the Canadiens organization has cleaned house, which means that Subban would be given a true second chance — this time under a widely respected young coach who encourages an alternative style of play.

Ties to the city

In 2016, Subban made a commitment to raise $10 million for the Montreal Children’s Hospital.  The hospital called it “the biggest philanthropic commitment by a sports figure in Canadian history.”

Despite being traded shortly afterward, he continues to visit the kids at the hospital.

As for the Habs, Subban recently expressed a glimmer of interest in returning during a press conference in February. “Anything is possible,” he said to reporters. “Whether it’s Montreal, whether it’s New Jersey, whether it’s Nashville or any other team in the league, you want to play where you’re wanted.”

He can fill big skates

With the probable retirement of Weber, the recent departure of defencemen Brett Kulak and Ben Chiarot, and the more-than-likely exit of Jeff Petry in the offseason, Montreal will be lacking leadership and experience at the blue line.

Subban, who played in the 2017 Stanley Cup Final, could help fill some of those gaps by playing big minutes. His offensive senses and powerplay efficacy could also benefit the team.

It’s not like we haven’t seen him do it before.

Subban is a sparkplug.

Whether it’s negative or positive, he attracts attention on and off the ice. And despite what you may think of him as a player or personality, he brings a tremendous amount of energy anywhere he goes.

Bell Centre goers can attest to the amount of excitement that was felt when PK would go end-to-end with the puck.

In fact, many of those fans voted in a recent Offside poll that asked whether they would like to see Subban return to the Habs.

Finally, and perhaps most importantly, we deserve to see him and Carey Price do their “triple low five” handshake at least one more time.