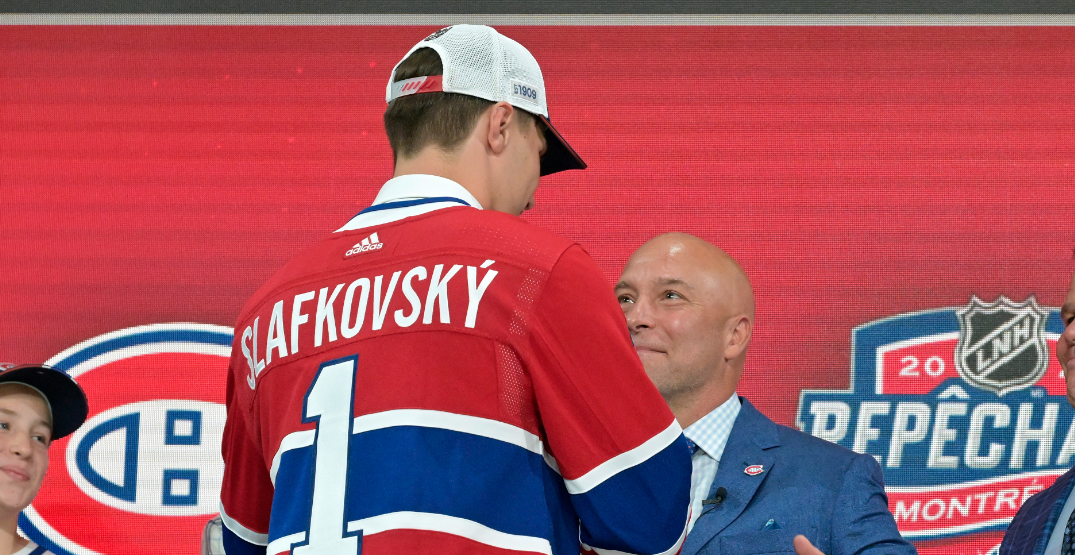 The Montreal Canadiens have an important piece of their future locked up.

The Canadiens signed Juraj Slafkovsky, the No. 1 pick in the 2022 NHL Draft, to his three-year, entry-level contract on Wednesday, the team has announced. He is the highest-drafted Slovakian-born player in NHL history.

The Canadiens have agreed to terms on a three-year, entry-level contract (2022-23 to 2024-25) with forward Juraj Slafkovsky.#GoHabsGo https://t.co/f5YBKBgY3X

The 18-year-old, who was ranked No. 1 among European skaters by NHL Central Scouting, had 10 points (five goals, five assists) in 31 Liiga games with JYP in Finland’s top circuit, but was a true standout on the international stage for Slovakia.

He was named most valuable player at the 2022 Beijing Olympics after helping Slovakia to bronze with a tournament-high seven goals in seven games. He also led Slovakia at the 2022 IIHF World Championship with nine points (three goals, six assists) in just eight games.

The 18-year-old, likened to Auston Matthews by Central Scouting, is a big-bodied forward who has excellent vision, hockey sense, and puck skills. He uses his 6’3, 218-pound frame effectively and is a bull in the offensive zone.