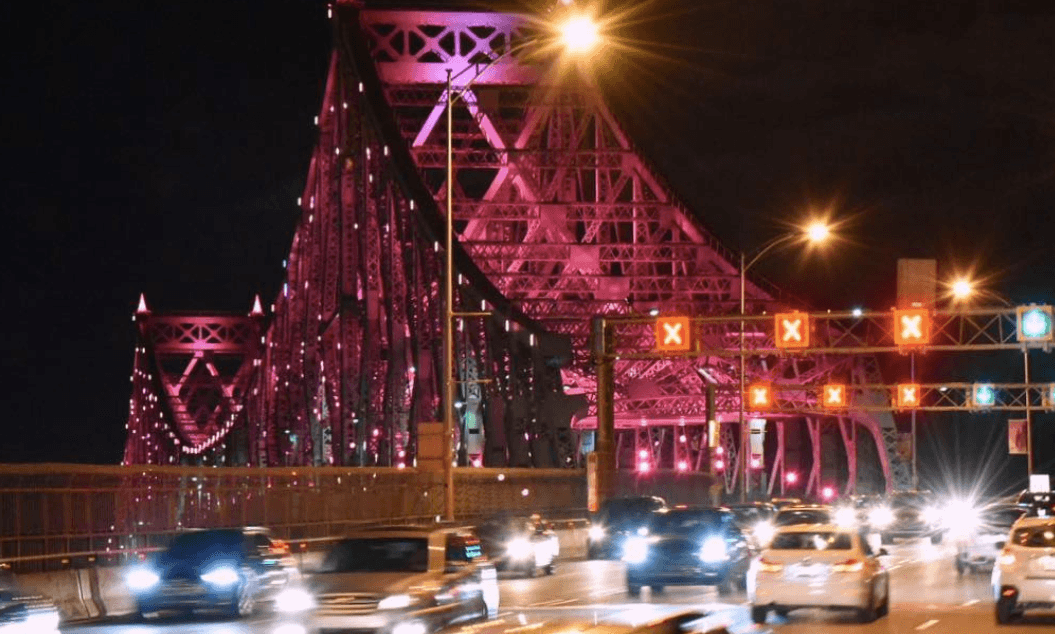 Many people noticed that Jacques Cartier Bridge lit up pink last night and thought it was a celebration of Valerie Plante being elected as the first female mayor of Montreal.

It turns out that the bridge did not light up pink for Plante’s win, but its rosy hues did have a connection to the election.

“Well, we can say it’s half a coincidence,” Claudia Carbonneau, communications  representative for the bridge, told Daily Hive.

“There is (an) hourly light show based on the energy of the city, which follows current affairs on social media. The colour used to represent politics is a shade of pink, which made for the constant colour Sunday night,” she explained.

The bridge also changes colours throughout the year based on the season.

“Day after day over the year, the colour gradually changes from an energizing spring green, to a radiant summer yellow, and then to a voluptuous fall red, and finally to an icy winter blue,” states the bridge’s official website.

The bridge currently shines pink because of the transition from fall’s red to winter’s blue.

So, next time you see the bridge light up pink, it probably has to do with the season or there is something political happening around town.

When a picture says a thousand words: The lights on the Jacques-Cartier bridge — @DenisCoderre‘s pet vanity project — lit up in pink for @Val_Plante‘s election victory. #muni2017 #Montreal #Montreal375 #vaguerose pic.twitter.com/ib74KIVtpR