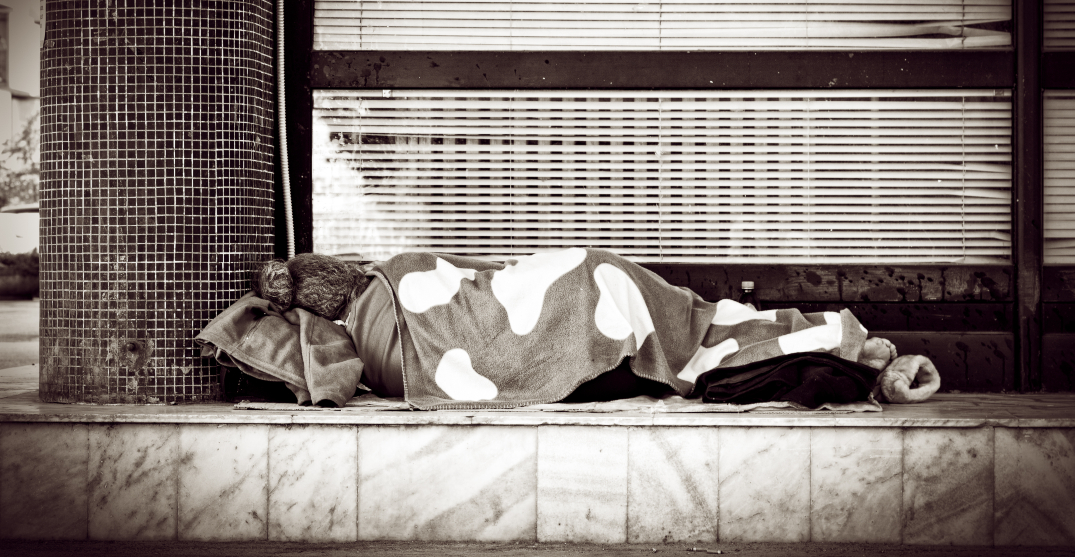 A 74-year-old man experiencing homelessness died in Montreal on Monday during a night exposed to frigid temperatures.

In a phone call with the Service de police de la Ville de Montréal (SPVM), a media relations officer told Daily Hive the man’s cause of death was “most likely hypothermia.”

Police say the man — who lived in a camp in Notre-Dame-de-Grâce between rue Saint-Jacques and Highway 20 — was transferred to hospital where he was declared dead.

Temperatures dipped below -20ºC overnight on Monday as an extreme cold warning was in effect.

The SPVM media rep says cold temperatures in Montreal can be hazardous for people spending the night outdoors.

On Monday evening, Dr. Horacio Arruda, who resigned shortly after, advised organizations that help the homeless community to “ignore COVID-19 measures” when temperatures are dangerously cold.

Arruda says homeless shelters should open their doors according to their pre-pandemic capacities.

The SPVM says the file concerning the death of the 74-year-old man has been transferred to a coroner’s office.