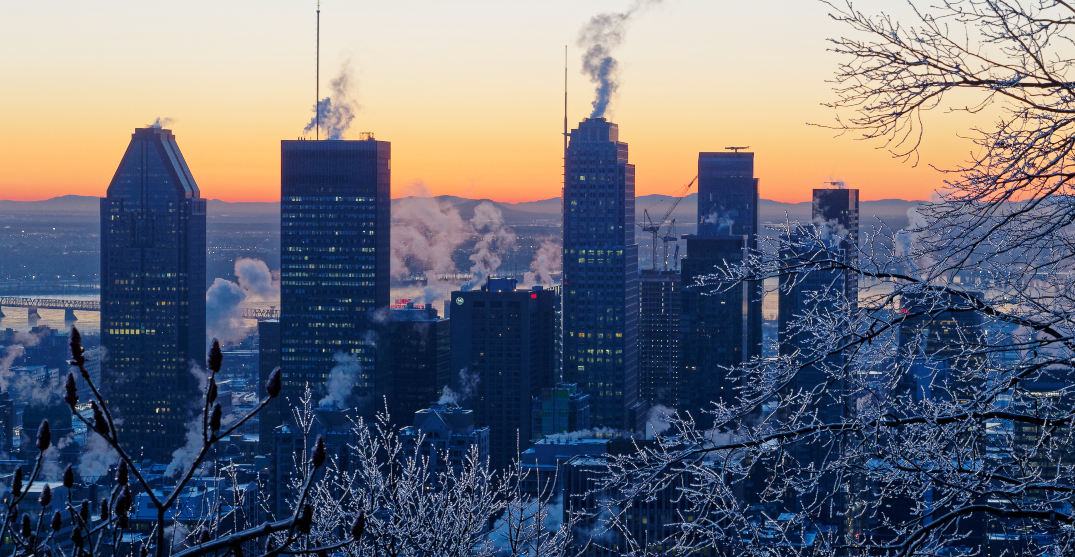 Montreal is in the heart of the winter season, and Mother Nature is expected to wallop the metropolitan area with some serious cold.

An extreme cold warning is in effect for Montreal and its surrounding areas, calling for wind chill values to reach temperatures of -38ºC on Tuesday morning.

Environment Canada says an “Arctic air mass” combined with “brisk winds” will form the cold front on Tuesday. The weather pattern tracked eastward after Western Canada dealt with record-breaking conditions at the end of December and early January.

Last week, The Weather Network expected the temperatures to be Montreal’s “coldest air of the season” so far.

“Extreme cold warnings are issued when very cold temperatures or wind chill creates an elevated risk to health such as frost bite and hypothermia,” says Environment Canada. The agency also warns not to let pets outside during periods of extreme cold.

The alert, issued just before 11:15 am on Monday, is in effect for the following areas:

The Weather Network says regardless of how the weather pattern unfolds over the rest of January, the final days of the month and into early February will “feature a return to a familiar pattern — the one that has dominated since early December.”

For Eastern Canada, that means The Weather Network expects a mild pattern will dominate, and Western Canada could get hit with another consistent cold front.