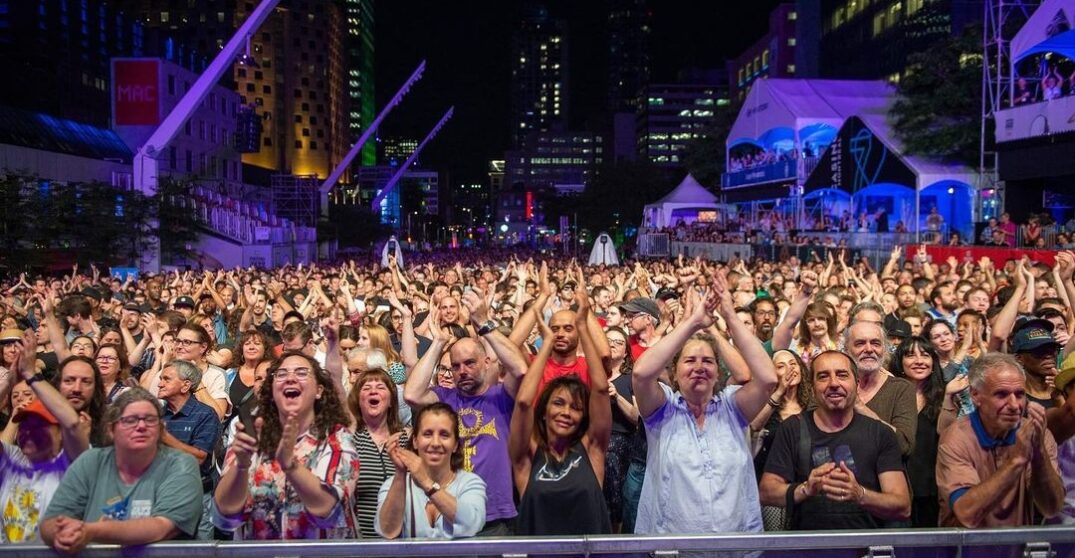 The world’s largest jazz festival is returning to Montreal this summer and its insanely talented lineup are sure to get the city moving and grooving.

Now in its 42nd edition, the Montreal International Jazz Festival will run from June 30 to July 9. And this year organizers have announced dozens of indoor and outdoor shows; many of which are completely free of charge.

Often described “one-person band,” Tash Sultana is known for exploring and merging genres like psychedelic rock, reggae, soul, RnB, and hip hop in their music. The Australian artist behind the 2016 hit song “Jungle” will be kicking off the festival at the Scène TD stage on June 30 at 9:30 pm.

This Grammy-nominated artist pairs his incredible stage presence with God-given talent to create some of the funkiest jazz you’ve ever heard. Catch him at Scène TD at Place des festivals on July 2 at 9:30 pm.

With explosive performances on The Tonight Show and Saturday Night Live, this eight-piece ensemble is coming off the success of their third studio album, The Future, released in 2021.

You can see them live on the festival’s main outdoor stage around 9:30 on Tuesday, July 5.

In celebration of the band’s 25-year anniversary, the band will be playing a free outdoor show at Montreal’s Jazz Fest on July 8 at 9:30 pm on the TD Stage at Place des Festivals.

Legendary hip hop group and Jimmy Fallon’s house band, The Roots, are set to close out the Jazz Fest with a massive outdoor party.

Thousands are expected to attend, so it’s best to arrive before the start time (9:30 pm) for this one to reserve your spot if you want a good view of the stage.