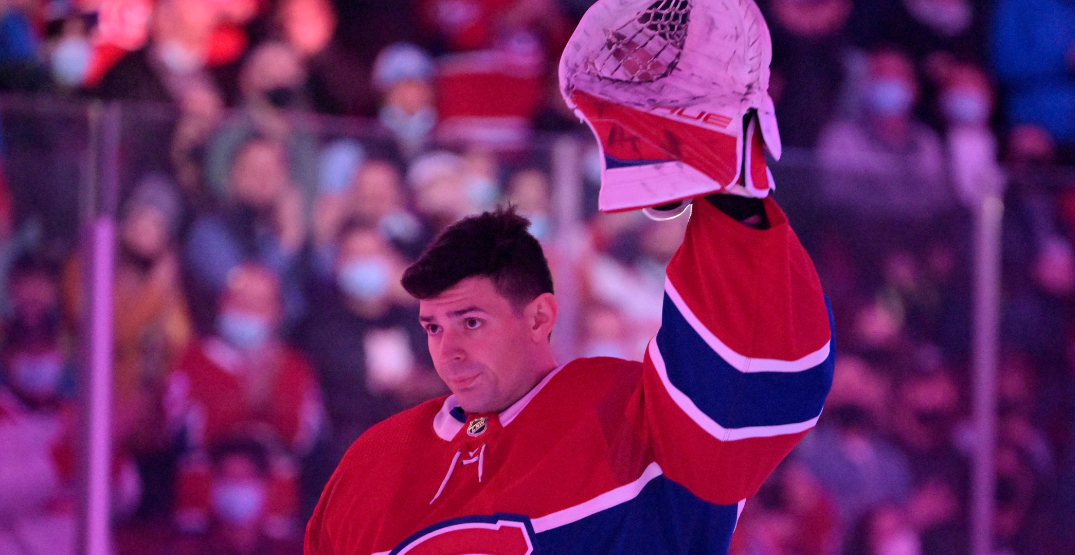 The Montreal Canadiens faithful made sure Carey Price knew that, while he may have been away, he certainly wasn’t forgotten.

In his first game in 282 days, Price was treated with a fitting welcome in his return to the Canadiens crease in a 3-0 loss against the New York Islanders on Friday night.

“Going into the game I felt ready and prepared mentally and physically, and obviously the reception was great,” Price said postgame.

Price’s ovation began when his name was announced in the starting lineup, and again 30 seconds after puck drop to start the game.

He was cheered each time he touched the puck, including when he made his first save.

The home crowd erupts in cheers as Carey Price makes his first save of the season! 🗣️ pic.twitter.com/w6DjJ22l1V

“It was a lot of fun, obviously it was heartwarming,” Price said. “It made me feel really wanted. It was definitely emotional, but I was able to stifle that and stay focused because I wanted to play well tonight.”

Price had arthroscopic knee surgery July 23 to repair a torn meniscus and suffered a setback in January. He also entered the NHL/NHLPA player assistance program for substance use on October 7.

Welcome back, Carey Price. The fans salute him, and he salutes them. pic.twitter.com/RyCcEE5hcN

“It’s definitely been a trying season for myself, on a personal level and for the team,” Price said. “And to be able to come back and feel somewhat normal, I didn’t feel quite normal, but pretty close.”

The 35-year-old helped Montreal to the Stanley Cup Final last season, earning 13 wins and a 2.28 goals-against average and .924 save percentage.

It was the last time prior to Friday that Price, Montreal’s all-time leader in wins (360) and games played by a goalie (708), had played.

“I think he’s been the heart and soul of this organization for a long time,” Canadiens coach Martin St. Louis said. “He’s been a reason why they’ve had some great playoff runs and great teams. It all starts there. You find a great team, there’s usually a really good goaltender. He came here as a young kid, highly touted, and he’s delivered.”