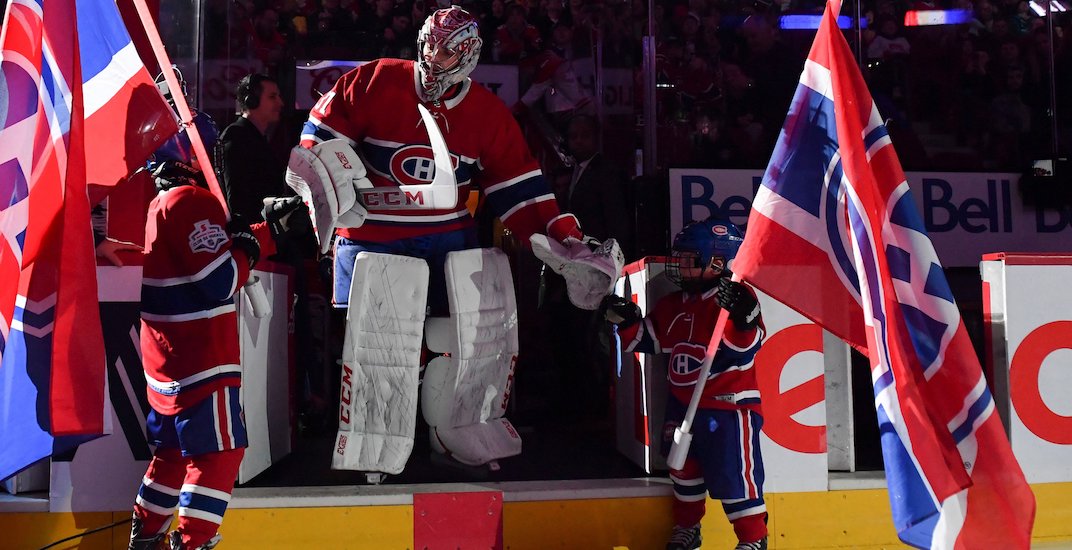 Good Friday will be especially good for Montreal Canadiens fans this year.

Multiple sources reported on Friday morning that Carey Price was seen practicing in the starter’s net at the Canadiens facility in Brossard.

#Habs GC Eric Raymond is prepping to warm up Price. It looks like CP will make his return tonight. @TSN_Edge pic.twitter.com/90X9Lf7U1s

One last chat with goaltending coach Eric Raymond and a bit of stretching. Carey Price now exits. The first goalie off at the morning skate, the starter tonight vs. the Isles. pic.twitter.com/kKogdNIwB0

The 35-year-old will be the starter in tonight’s home game against the New York Islanders. The timing for Price’s return is ideal as backup goalie Jake Allen is officially out for the season after suffering an injury in last weekend’s game in Toronto.

Earlier in the week, the Canadiens placed forward Jonathan Drouin on Long-Term Injured Reserve (LTIR), giving the team over $14 million in available cap space, which is more than enough to activate Carey Price’s $10.5 million annual contract.

Price, who has not yet played a game this season, has dealt with multiple setbacks over the past year, including a long-term knee injury that’s kept him in physical rehabilitation since November.

The last time we saw number 31 in the bleu, blanc, rouge was in July, during the Stanley Cup Final. In the playoffs, Price played 22 games, earning 13 wins and a 2.28 GAA and .924 save percentage.

Price, who was drafted by the Canadiens back in 2005, became the winningest goaltender in Canadiens history in 2019.

While the outcome of tonight’s game can go either way, a warm reception from the Bell Centre crowd is a sure bet.