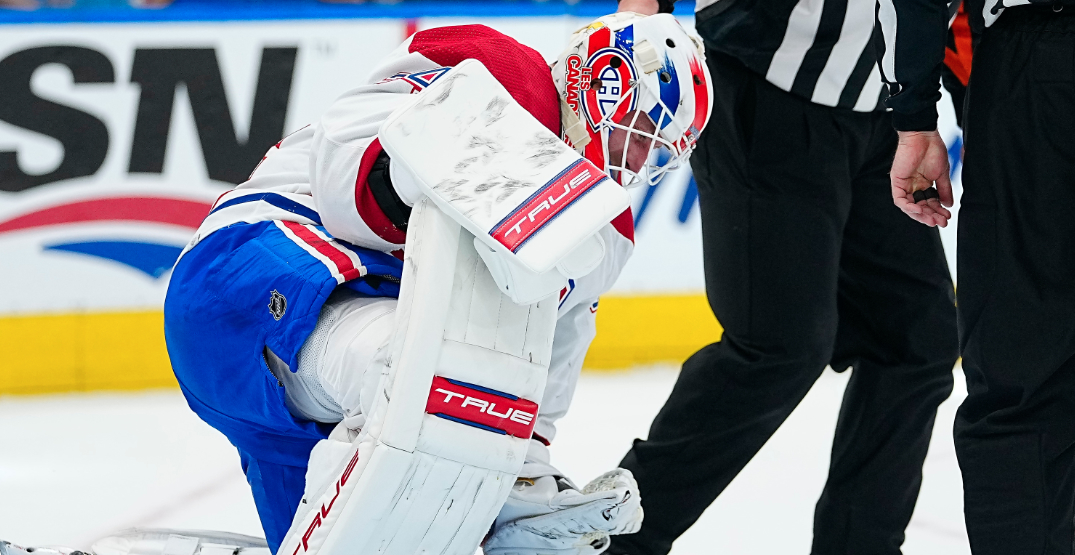 Jake Allen is out for the season.

The Montreal Canadiens announced Tuesday that the goaltender would miss the last three weeks of the season because of a groin injury.

He has a groin injury. His season is over, but he’ll be ready for training camp.

He is expected to be ready in time for training camp.

Allen suffered a lower-body injury against the Toronto Maple Leafs on Saturday night in Toronto, which forced him from the game in the first period.

The 31-year-old stopper is 9-20-4 with a 3.30 goals-against average, and a .905 save percentage in 35 starts this season. He’s carried the bulk of the goaltending load for Montreal with Carey Price out.

The Canadiens recalled goaltender Cayden Primeau from the Laval Rocket of the American Hockey League on Sunday. Price has also resumed travelling with Montreal but has not played since Game 5 of the 2021 Stanley Cup Final on July 7 due to injury, mental health, and substance abuse issues.

He has an ankle injury that doesn’t require surgery. His season is over, but he’ll be ready for training camp.

Montreal also announced defenceman Justin Barron will miss the remainder of the season because of an ankle injury.