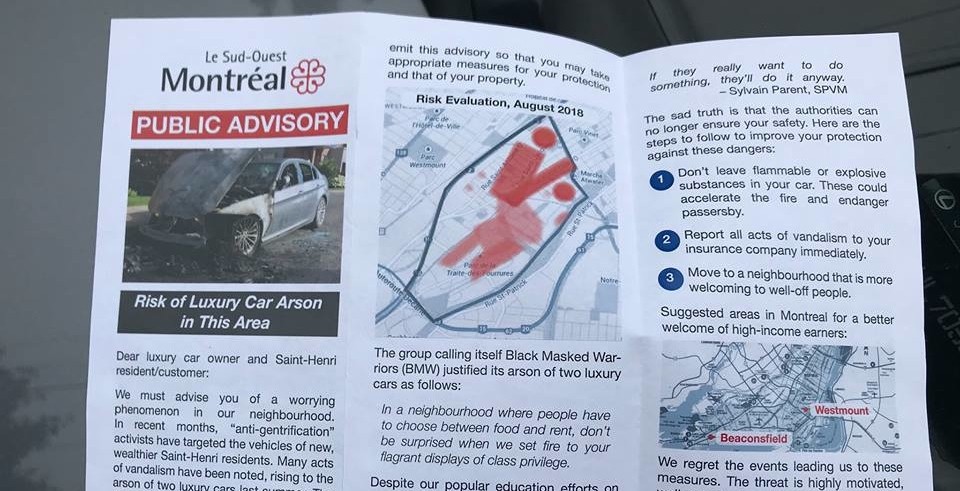 Fake pamphlets warning luxury car owners to be careful of arson have been circulating the borough of Saint-Henri this week.

The flier claims to be from the Sud-Ouest borough and says that “anti-gentrification activists have targeted the vehicles of new, wealthier Saint-Henri residents.”

Left under the wipers of some high-end cars, including an Audi and an Acura, the flier warns owners of the possibility of their cars being set on fire, similar to when several luxury cars were torched in the Saint-Henri district last summer.

It advises residents to not leave any flammable materials in the cars and that wealthy people should consider a “move to a neighbourhood that is more welcoming to well-off people, like Westmount or Beaconsfield.” 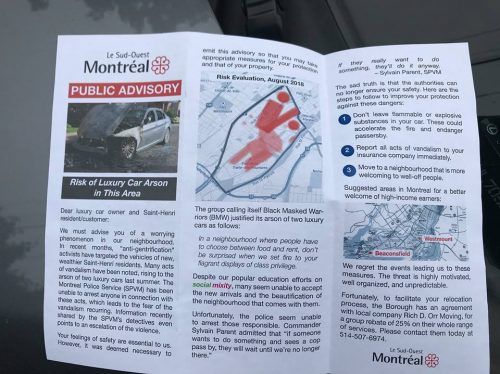 The pamphlet concludes by saying “we regret the events leading up to these measures. The threat is highly motivated, well organized, and unpredictable.”

The flier then provides a phone number to a barber shop in the Sud-Ouest.